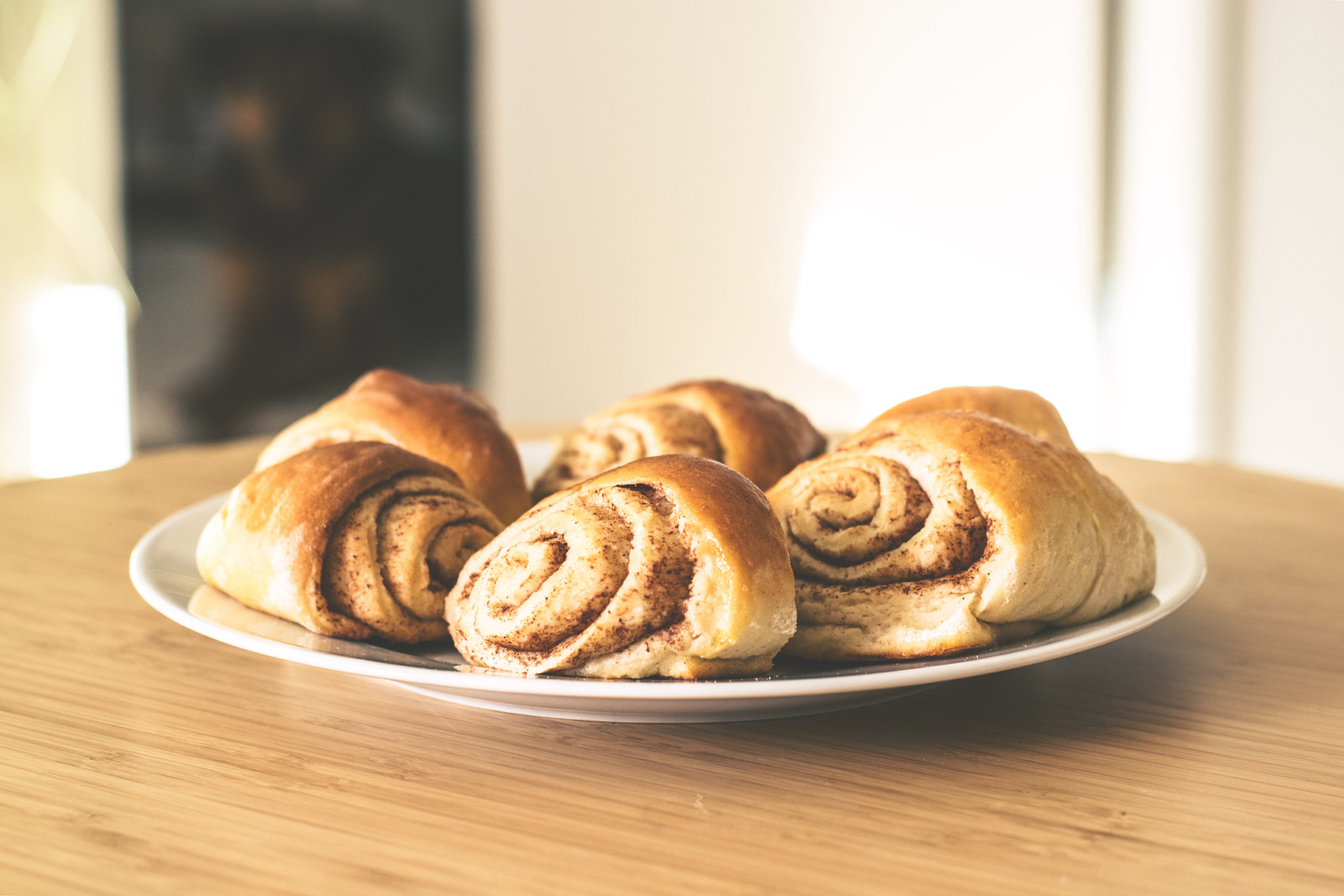 Looking to make something special for your Mom on Mother's Day? Our Executive Chef, Diana Browder, of our exclusive food service provider Guckenheimer has five cinnamon roll recipes that will make your mouth water just by watching this video. If you’re in need of ideas and enjoy baking, consider some sweet treats for your Mom and check out the recipes below. Happy Mother's Day!

Combine milk, butter, sugar, and yeast. Stir to combine. Let sit 2 minutes. Place flour and salt in the bowl of a stand mixer. Add milk and yeast mixture and knead on low speed with the dough mixing attachment for about 4 minutes. Turn dough onto a floured surface and knead into a ball. Place dough into a greased bowl and cover. Let sit one hour.

The dough can also be kneaded by hand – mix all ingredients in a mixing bowl, pour onto a floured surface and knead for 6-7 minutes until a smooth dough develops. Place into a greased bowl, cover, and let sit one hour.

Pre-heat oven to 350 degrees. Place dough onto a floured surface and shape into a rectangle. Spread butter in an even layer on the dough. Sprinkle with brown sugar and cinnamon. Roll the dough into one log. Cut into 16 pieces. Place rolls cut side up into greased pans, cover and let rise for another 30 minutes. Instead of allowing the rolls to complete a second rise, you can place the covered rolls in the fridge overnight. Pull the cinnamon rolls out of the refrigerator and let sit for 1 hour before baking.
Bake rolls for 25-30 minutes until golden brown.

Prepare dough instruction as described. Roll dough into a rectangle on a floured surface. Spread butter in a thin layer on top of the dough. Lay alternating lines of 1 ½ cups of marshmallows and 1 cup of chocolate chips across the dough. Roll into a log. Cut into 16 pieces. Place into greased pan, cover, and rest for 30 minutes. Bake at 350 degrees for 20 minutes. Remove from oven and top with remaining chocolate chips and marshmallows. Return to oven and bake for additional 8-10 minutes. Remove from oven and top with crushed graham crackers and serve warm.

Prepare dough instruction as described.
Place butter and peanut butter in a microwave safe bowl, microwave for 30 seconds to 1 minute to soften, mix well. If mixture is too liquid, place in refrigerator until it is soft and spreadable.

Roll dough into a rectangle on a floured surface. Spread peanut butter mixture and jelly in alternating lines across the dough. Roll into a log. Cut into 16 pieces. Place into greased pan, cover, and rest for 30 minutes. Bake at 350 degrees for 25-30 minutes, until golden brown. Remove from oven and top with peanut butter glaze. Garnish with fresh berries and powdered sugar if desired.