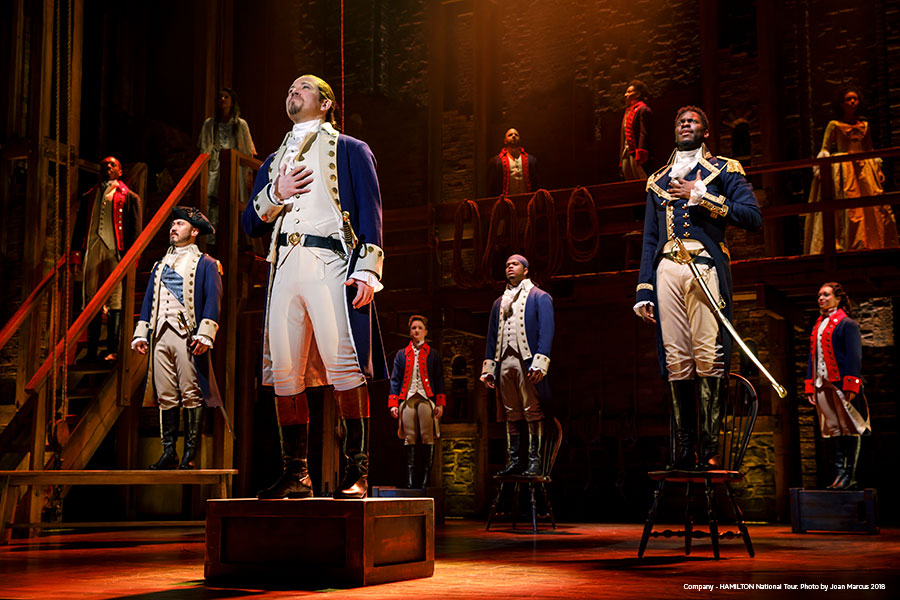 The Tony Award winning musical HAMILTON, by composer, playwright and performer Lin Manuel Miranda is making its way to Disney Plus on Friday, July 3.  We’re ecstatic to see the original Broadway production on screen, which premiered on our stages at the Orpheum Theater last fall.

While we probably don’t need to tell you about the production, we feel obliged, as it brings back blissful memories. HAMILTON is the story of Alexander Hamilton who became George Washington's right-hand man during the Revolutionary War and was the new nation’s first Treasury Secretary. Featuring a score that blends hip-hop, jazz, blues, rap, and R&B, HAMILTON is the story of America then, as told by America now.

Originally, the filmed theatrical production had an October 2021 release date but Disney+ moved it to an earlier date and we thank them! After being cooped up in our homes for several months, this is a much needed and anticipated release. So, you’re probably thinking great, now how do we tune in? We have the answers below.

How can you watch Hamilton on Disney+?
Starting on Friday, July 3, the musical will be streamable to subscribers of the service. You can sign up for Disney+ here.  Plans include month-to-month for $6.99, an annual subscription for $69.99 per year, or a Disney+/ Hulu/ ESPN+ bundle for $12.99 per month.

What can you expect?
The film features the original 2016 Broadway cast, including Miranda playing the lead as Alexander Hamilton, as well as Leslie Odom Jr., Renée Elise Goldsberry, Daveed Diggs and more.

How to set up a watch party?
Make sure you're logged into Disney+ and select what you want to watch. The Disney Plus Party icon will appear in the top corner. Click that and create a room with a code and share that with your friends. It’s that easy!

Check out the official trailer of HAMILTON.