Choose Your Own Package and enjoy perks 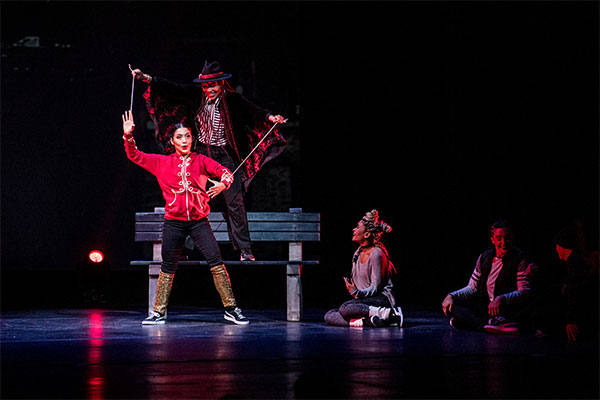 Hop Hop Nutcracker is just one of many shows available for a Choose Your Own subscription.

We recently announced our Choose Your Own (CYO) package deal, which allows you to create your season while enjoying various subscriber perks like the ability to exchange tickets and early access to the best seats. CYO packages can save you money, too. The minimum for a CYO package is just three shows and you can add more, now or later. With so many to select from this season, you might not know which ones to pick for your CYO. I’m here to offer some suggestions (complete with fun, made-up names).

If you have a family, you could create a FAMILY FUN package that includes Gravity and Other Myths, Madagascar The Musical, and SNAP, Magic! Re-imagined! CYO subscribers can later add shows from our Broadway series; for example, you could also include CATS and Wicked.

With Father’s Day right around the corner, why not put together a DAD ROCK package? Start with some yacht rock featuring The Docksiders (part of our new Holland Center Outdoors series). Then add the legendary Boz Scaggs in the fall and Chicago Plays The Stones next spring.

If you want to treat the old man, you could throw in Vinyl Hampdin (also part of our Holland Center Outdoors series). Just be sure to include some Icy Hot with this package. With so much rockin’ out, your dad might have a sore back the next morning.

Our dance series might have gone away, but you can still create a RHYTHM AND DANCE package with TAIKOPROJECT, Hip Hop Nutcracker, and Sankofa Danzafro. And later, don’t forget to add Fiddler On The Roof.

You might be saying to yourself, “Fiddler On The Roof isn’t a dance show,” but this Lincoln Center revival includes amazing dancing from famed Israeli choreographer Hofesh Schecter and even garnered a Tony nomination for best choreography. The famous bottle scene alone is something any lover of dance should not miss. Just don’t try the bottle dance at home unless you put down some cushions first.

After the year we’ve all had, maybe you want some relaxing and romantic nights out with your significant other. If so, you could put together a JAZZFLIX AND CHILL package, add An Evening with Madeline Peyroux in the fall, then Holiday Stomp with The Hot Sardines in December and An Evening with Lisa Fischer next spring. Don’t forget to include Hadestown when you can add on Broadway. This Tony Award-winning musical features an incredible jazz and blues soundtrack.

Want to add some Latin flavor to this package? You could also include Arturo O’Farril and The Afro-Latin Jazz Orchestra or Las Cafeteras.

We’ve got enough indie music acts this season to warm even the most jaded, mustache-twirling, skinny jean-wearing hipster heart. So why not put together a HIPSTER package for the cool kids in your life? You could start with The Unlikely Candidates and Red Wanting Blue this summer (both part of the Holland Center Outdoors series). Then add St. Paul and The Broken Bones in the fall. Don’t forget The Rad Tads and Enter The Haggis, which are part of our Friday night Holland Music Club series. And don’t worry, hipsters, we sell local craft beers at our venues!

You could also put together a ROCKIN’ COUNTRY package that includes soul and blues with Southern Avenue, Eli Young Band and Caleb Johnson & The Ramblin’ Saints. For some variety, top it off with Straight No Chaser at the Orpheum Theater in the fall.

Or maybe you want to step out of your comfort zone and try something new. Why not put together an eclectic mix from the above-mentioned shows? That’s the beauty of the CYO! There are many more shows to choose from. Too many to mention here. You can find a complete list here.

Whatever you decide to do, a CYO package lets YOU choose while getting early access, flexibility to exchange, and saving you a little money along the way. What are you waiting for? Start your CYO package today!