Tour explores the artist’s past, present and future at the Holland Performing Arts Center Thursday, October 12, 2017 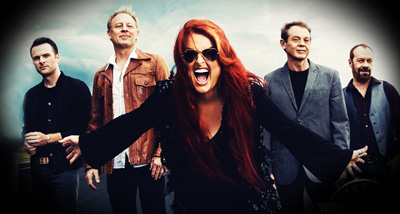 Tickets start at $35. Tickets are available at TicketOmaha.com, by calling 402.345.0606 or in person at the Ticket Omaha Box Office located inside the Holland Performing Arts Center, 1200 Douglas Street. This performance is sponsored by First National Bank.

WYNONNA’s live shows are well known not only for the energy of her talented band, but also for the undeniable connection that she has with her audience. The show is part nostalgia, part comedy, and all rich, soulful music featuring WYNONNA’s incomparable vocals.

“My roots are firmly planted in country music,” says WYNONNA, “But I was given wings, and I’m grateful that my fans have allowed me the freedom to sing the music that I love.”
The Roots & Revival Tour launches in September of 2017. To purchase tickets and for more information, visit TicketOmaha.com or www.wynonna.com/tour.