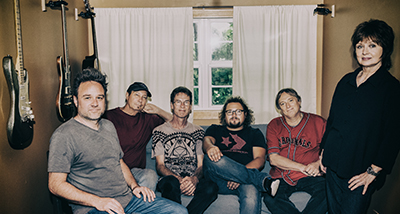 In 2013, Murphy was a double award winner at the Bluesblast Music Awards, taking home Best Female Blues Artist of the Year and Best Contemporary Blues Album of the Year for “Ask for the Moon” as well as three Grammy nominations. Murphy’s latest album, “Mighty Gates,” includes seven original songs written by her and songs by some of her favorite artists.

The Blues Society of Omaha is co-presenting this performance in celebration of its 20th Anniversary. Blue Sunday from the group’s BluesEd program is the opening act of the night.

The sponsor for Omaha Performing Arts presents Jazz on the Green at Midtown Crossing is Mutual of Omaha. Media sponsors for this year’s series are KETV, KIOS and Omaha World-Herald. This performance is sponsored by Beardmore Subaru. For more information about the series and the artists, visit JazzOnTheGreenOmaha.com.

Metered parking is also available on the street.