The Illusionists - LIVE from Broadway

The Illusionists - LIVE from Broadway Comes to Omaha's Orpheum Theater on March 11, 2020 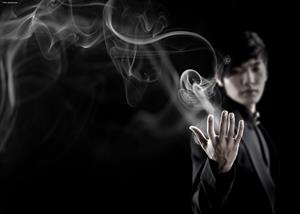 On the heels of a highly successful multi-city tour and run on Broadway, the world’s best-selling touring magic show, THE ILLUSIONISTS - LIVE FROM BROADWAY™ (www.theillusionistslive.com), will play at the Orpheum Theater on March 11, 2020 at 7:30 PM as part of its North American tour in 2020.

Tickets for THE ILLUSIONISTS will go on sale on November 21, 2019. Tickets, starting at $29, are available at TicketOmaha.com, in person at the Ticket Omaha* Box Office located inside the Holland Performing Arts Center, 1200 Douglas Street, or by calling (402) 345-0606.

Full of hilarious magic tricks, death-defying stunts and acts of breathtaking wonder, THE ILLUSIONISTS has shattered box office records worldwide and thrilled audiences of all ages with a mind-blowing spectacular showcasing the jaw-dropping talents of the most incredible illusionists on earth.

Creative Producer Simon Painter said, “We can’t wait to bring this electrifying show to Omaha for a truly entertaining experience for the whole family. THE ILLUSIONISTS is the most non-stop and powerful mix of outrageous and astonishing acts ever to be seen on the live stage.”


The 2020 tour will feature the following cast members:

The Trickster, David Williamson
David's irresistible mix of humor and skill has been a favorite with audiences around the world.  He has consulted for illusionists David Copperfield's and David Blaine's TV specials. Most recently, David appeared on Masters Of Illusion and PAX TV's World Magic Awards Special where he was awarded comedy magician of the year.

The Elusive, Valentin Azema
With a French touch, a bit of humor and a limitless passion for the art of magic, you will share with Valentin a one-of-a-kind experience of wonder and mystery.

The Daredevil, Jonathan Goodwin
British born Daredevil and Escape Artist Jonathan is widely considered one of the most creative, skilled, and frankly crazy stunt performers in the world; and has been described as “The world’s greatest theatrical daredevil”. Goodwin has been hanged, buried alive, hung by his toes from helicopters, burned at the stake, attacked by sharks, and bitten by rattlesnakes dodged arrows and climbed under moving cars.

The Mentalist, Chris Cox
He’s a multi-award winning 'mind reader who can't read minds’ and the star of the BBC’s Chris Cox’s Mind Boggling Magic & Killer Magic. He’s performed in three London West End seasons, a sellout run at Sydney Opera House and has been seen live by over 750,000 people. The UK’s Guardian Newspaper say he is “one of the most exciting entertainers in Britain”. Chris is far too modest to mention it though.

The Manipulator, Hyun Joon Kim
Hailing from Korea, Hyun Joon Kim is regarded as one of the most masterful sleight of hand artists in the world. He has mastered the art of manipulation with extreme discipline and highly skilled technique that leave both audiences and fellow magicians alike in awe.

ABOUT THE CREATIVE TEAM
SIMON PAINTER (Creative Producer). A visionary creative and entrepreneur, Simon Painter is the most sought-after magic producer in the world. He began his career as a classical violinist, but soon transitioned from performing to producing with massive success. His first show Le Grand Cirque premiered at the Sydney Opera House, selling over 40,000 tickets in 10 days. Simon has now been at the forefront of the live entertainment industry for over a decade, having launched and managed major performance venues and produced such acclaimed productions as Cirque Le Noir, Cirque Paris, and Cirque Adrenaline. In collaboration with Tim Lawson, Simon created The Illusionists, which has become the world’s best-selling magic show of all time since its debut in 2012. Along with its sequels The Illusionists 2.0 - The Next Generation of Magic and The Illusionists - Turn of the Century, the franchise continues to smash records and tour internationally, including four performances on Broadway. Simon was also the creative force behind The Unbelievables, Now You See Me Live, and Circus 1903, which is making a triumphant return to London after a sell-out season at The Southbank Centre earlier this year. He continues to serve as President and Chief Executive Producer for The Works Entertainment, dreaming up ideas for innovative world-class spectacles on a daily basis.

TIM LAWSON (Executive Producer) is VP of The Works Entertainment and CEO of TML Enterprises, servicing over 400 cities and 45 countries with first-class musicals and family entertainment. Theatrical credits include Sweet Charity, Buddy – The Musical, Jolson, Spirit of the Dance, Oh! What A Night, Fiddler on the Roof starring Topol, It’s A Dad Thing!, Shout! The Musical, Jekyll and Hyde, The Rocky Horror Show narrated by Richard O’Brien, the Helpmann Award winning and London Palladium production of A Chorus Line, Chitty Chitty Bang Bang, a new production of Fiddler on the Roof with Anthony Warlow, The Wedding Singer and the upcoming tour of A Streetcar Named Desire. Alongside partner Simon Painter for The Works, they have created, produced and presented many brands that play simultaneously and break box office records around the world including The Illusionists which has broken 4 house records in Broadway and 2 in London; Circus 1903 – The Golden Age of Magic which returns to London later in the year following an extensive international tour; Le Noir; Cirque Adrenaline; Cirque Paris; Now You See Me; and their newest production Stratosphere, which premieres this December at The Sydney Opera House.

MAGICSPACE ENTERTAINMENT (Producer) is headed by Lee D. Marshall, Joe Marsh, John Ballard and Steve Boulay and has been producing and presenting national tours, Broadway shows, concerts and museum exhibits worldwide for over 35 years. Consistently one of the top promoters in the world, MagicSpace Entertainment typically produces and presents more than 350 events worldwide per year. Recent Broadway credits include The Illusionists—Witness the Impossible (Broadway and West End), The Illusionists—Live on Broadway, The Illusionists—Turn of the Century, Donny & Marie: A Broadway Christmas, American Idiot, Rain—A Tribute to the Beatles on Broadway and Alton Brown Live—Eat Your Science on Broadway. National tour credits include The Illusionists—Live From Broadway, A Magical Cirque Christmas, The Bachelor Live on Stage, Lord of the Dance created by Michael Flatley, Jamie Hyneman and Adam Savage starring in Mythbusters—Unleashed, Alton Brown Live, Mannheim Steamroller Christmas by Chip Davis, Donny & Marie Christmas, Rain—A Tribute to the Beatles, The Magic of David Copperfield, Circus 1903—The Golden Age of Circus, Brain Candy Live starring Adam Savage and Michael Stevens, Jesus Christ Superstar, A Chorus Line and national concert tours by Janet Jackson, Cher and Fleetwood Mac to name just a few. Touring museum exhibitions produced include Jurassic World: The Exhibition, Tutankhamun and the Golden Age of the Pharaohs Exhibition, Titanic: The Exhibition, Diana—A Celebration, St. Peter and the Vatican: The Legacy of the Popes exhibition. MagicSpace Entertainment has an office in Park City, UT. www.magicspace.net

THE WORKS ENTERTAINMENT (Producer), recently acquired by Cirque du Soleil, creates and presents the work of Simon Painter and Tim Lawson across an ever-expanding network of more than 450 cities in 45 countries. Their shows have broken box office records countless times in numerous territories, including Sydney (The Sydney Opera House), Broadway (twice at the Marquis, Neil Simon and Palace Theatres), Mexico (Auditorio Nacional) and London (Shaftesbury Theatre). Their first production, Le Grand Cirque debuted at the Sydney Opera House and became the biggest-selling show at the iconic venue, leading to multiple international productions. Their success was repeated over the following years with Aerial Dreams and Cirque Adrenaline which premiered at the Sydney Opera House and toured internationally. Recognizing the opportunity in the market for a high-quality touring magic show, the company created a production showcasing seven of the world’s best magicians. The Illusionists - Witness the Impossible quickly became the most successful group magic show in the world, with multiple productions playing simultaneously throughout the world and spawning TV specials on ITV UK and NBC. Following this unprecedented success, The Works Entertainment developed two sequels: The Illusionists 2.0 — The Next Generation of Magic and The Illusionists 1903 — Turn of The Century. Their other international touring shows include Le Noir —The Dark Side of Cirque, Cirque Adrenaline, A Magical Cirque Christmas, The Unbelievables, Lionsgate’s Now You See Me and Circus 1903 – The Golden Age of Circus which will return to the Southbank Centre this year.