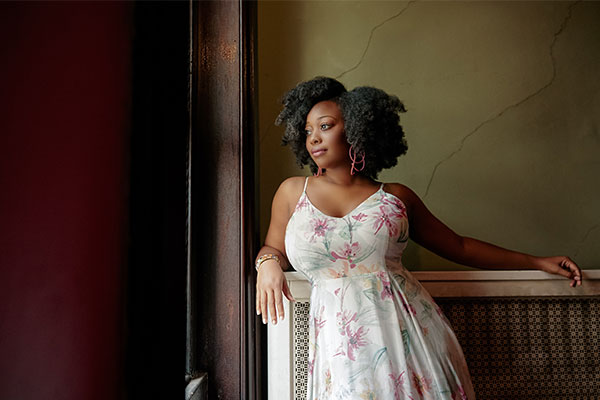 
Alicia Olatuja is from St. Louis, Missouri and her love for music developed when she was a child. From singing in her church choir to school ensembles, Olatuja was exposed to gospel music, R&B and a cappella. Olatuja had a career planned in veterinary medicine at the University of Missouri-Columbia but her involvement and success in music changed her direction. While attending the university, she was cast as the lead in an operetta commemorating the Lewis and Clark Expedition's bicentennial.

She graduated from the Manhattan School of Music in New York City with a master's in classical voice/opera. Olatuja has performed in regional theater, opera companies and jazz festivals across the globe. During the 2013 presidential inauguration, she was a featured soloist during the Brooklyn Tabernacle Choir's rendition of "The Battle Hymn of the Republic." Her voice and poise made an impact. Since then, Olatuja has shared the stage with Chaka Khan, BeBe Winans, Billy Childs and others.

Her latest work, Intuition: Songs From the Minds of Women, is a journey through time, genre, language and culture celebrating the artistic output of noted female composers. The project features works by Sade, Angela Bofill, Brenda Russell, Linda Creed and other female artists. Olatuja reinterprets their songs through her lens of classic and jazzy soul. The songs she selected represent various themes, perspectives, ages and geographic areas, emphasizing the impact of diversity. The album is a perfect musical commentary as organizations and individuals worldwide commemorate Women's History Month in March.

"When we hear the word 'intuition,' we think of a woman's intuition, that inner, gut-instinct thing that goes beyond mere information," says Olatuja of the album's title concept. "There is something powerful and beautiful and something to be celebrated in that." Olatuja says the subtitle From the Minds of Women "reminds people that we're not just intuitive, emotional beings. We are intellectual as well. We do know how to connect the emotional and the rational. And when we do that, especially through our work, beautiful and unimaginably creative things are made."

Olatuja will participate in a Voices AMPLIFIED! lunch and discussion, on Thursday, March 11 at noon at the Holland Performing Arts Center, co-hosted by the Omaha Chapter Alpha Kappa Alpha Sorority, Inc. You can register here. She will then perform live later that evening at the Holland Center at 7:30 PM. Purchase tickets here.