Hamilton‘s Vision: Right on the Money 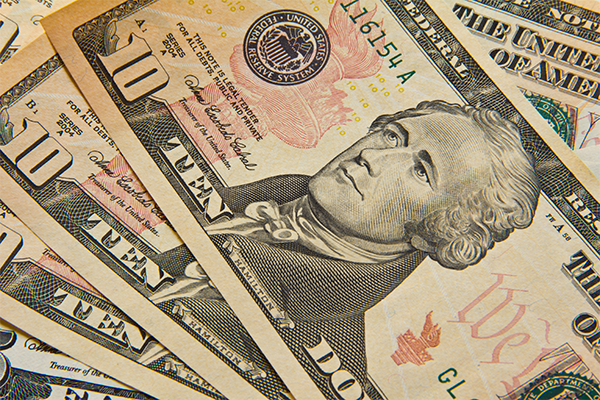 He’s not just the subject of the incredible Broadway hit.

You can thank that guy in your wallet for making sure that, even today, Washington pays attention to the economy in Nebraska — and all the Midwest.

“We live, without question, in [Alexander] Hamilton’s America,” says Stephen F. Knott, co-author of Washington and Hamilton: The Alliance that Forged America.

Alexander Hamilton’s vision of a powerful and united country started with his confidence that the United States would one day be a center of economic and military power, says Knott. As America’s first Treasury Secretary, he created policies that encouraged citizens to think of themselves as Americans first, not just residents of their state.

Hamilton introduced the idea of a central bank of the United States in 1780, but his idea was hardly a smash hit at the time. After two failed attempts at a central bank, it took 133 years to form the Federal Reserve as we know it today.

During the nineteenth century and early twentieth century, financial panics and a lack of a national currency plagued the nation.  A severe crisis in 1907 prompted Congress to look at options to prevent and contain future financial disruptions.

“Hamilton’s push for a central bank and the resulting understanding that we needed grassroots involvement across our country laid the foundation for today’s central bank —the Federal Reserve System,” says Erin Redemske. Redemske works at the Federal Reserve Bank of Kansas City’s branch office in Omaha at 22nd and Farnam Streets. The Kansas City Fed region serves all or part of seven states in the middle of the country, including Nebraska.

"The Federal Reserve is a descendant of some of Hamilton's original ideas. We work today to share the voices of the communities we serve so they can be heard nationally in policy decisions — whether that's from business, labor organizations or community groups."

The Omaha branch  works through its local board of directors and contacts across Nebraska to share insights about the local economy with the president of the regional bank — who shares that on a national scale. In addition to playing a role in economic policy, the branch has a strong focus on financial and economic education. In Kansas City, you can even visit a Money Museum!

So the next time you open your wallet, consider “the ten-dollar founding father without a father,” whose legacy impacts all of our lives, every day — even 232 years later!

Learn more of his incredible story by coming to see HAMILTON, the Musical at the Orpheum Theater starting October 26. The production will only be here for three weeks, and there are still great seats available — especially in weeks two and three. There’s nothing like live theater!