Join Dr. Barron Breland, Chair of the Department of Fine & Performing Arts at Creighton University, and Director of the Creighton University Chamber Choir, as he discusses ten things every Music Director wants student performers to know ahead of the first rehearsal.  From preparation to professionalism and everything in-between – this is a lesson you do not want to miss!

A. Barron Breland is Chair of the Department of Fine & Performing Arts at Creighton University in Omaha, Nebraska, conducting the Chamber Choir and teaching courses in music theory, diction, and conducting. Breland completed his doctorate in choral conducting at the Indiana University Jacobs School of Music in 2009, where he has been a member of the choral conducting faculty, preparing the University Singers for a performance with Dale Warland in 2008, and giving over 12 performances as guest conductor of the 120-member Grammy-nominated Singing Hoosiers.

In his tenure at Creighton, the Chamber Choir under his direction has performed at NMEA and ACDA conferences, and they are performing the core repertoire of the virtuoso chamber ensemble. The Chamber Choir also performs regularly with the Omaha Symphony, including solo engagements in March 2014 and April 2015 performing the Duruflé Requiem and Haydn’s Creation, respectively. Breland has also served as Chorusmaster and prepared numerous works for the Symphony, including leading their Festival Chorus for Beethoven’s 9th in 2018. Breland is the Music Director of Résonance, a semi-professional chamber vocal ensemble that also performs regularly with the Omaha Symphony, and he is the Artistic Director of the River City Mixed Chorus. Breland is in demand as a clinician and adjudicator and was named Nebraska Choral Directors Association’s Outstanding Young Choral Director of 2012. 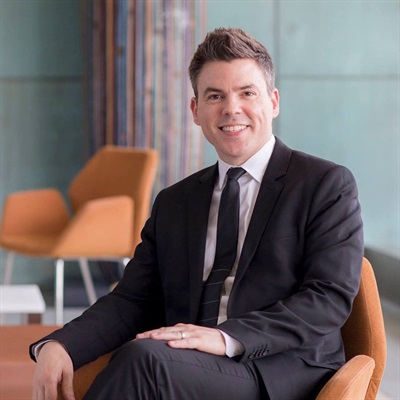