Rock on! Highlights from Broadway Ball 2018 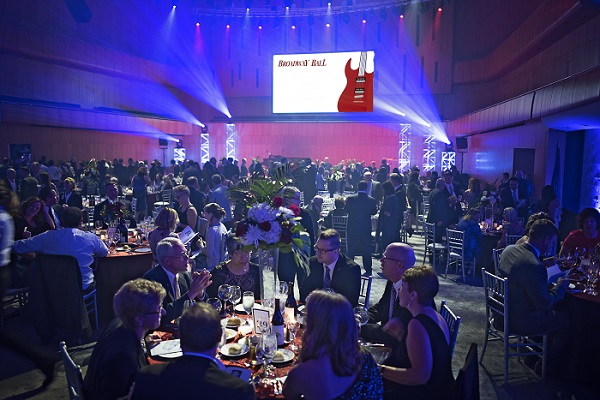 The Holland Performing Arts Center was rockin’ during Broadway Ball!

The Presenters, our volunteer guild, hosted the biennial fundraiser on Friday, September 7, in support of our Education and Community Engagement programs.We are so grateful to The Presenters, event chairs Cindy and Scott Heider, our corporate sponsors and everyone who attended and helped make the night a tremendous success. 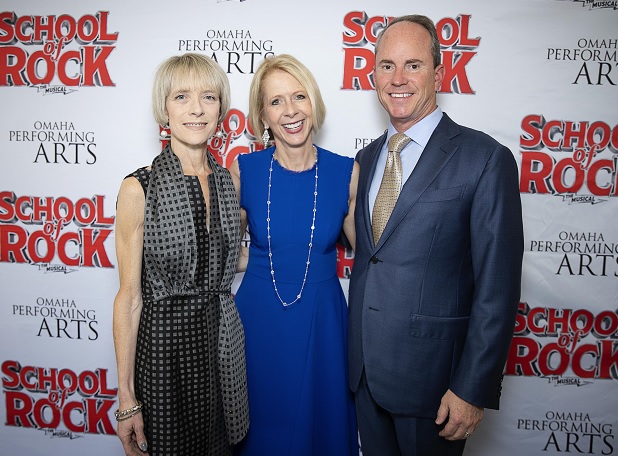 Broadway Ball chairs Cindy Heider and Scott Heider with OPA President Joan Squires, center. Cindy is a member of The Presenters board and Scott is on OPA's Board of Directors.

The red carpet event’s theme was inspired by SCHOOL OF ROCK from our 2018/2019 Broadway Season. We even used more than 1,000 vinyl records as decorations strung from the ceiling of the lobby and in the table settings.

This was our best Broadway Ball yet with more than 325 guests. Our volunteers planned a wonderful evening full of great music featuring students and Broadway star Brian d'Arcy James.

Here are a few highlights from the day: 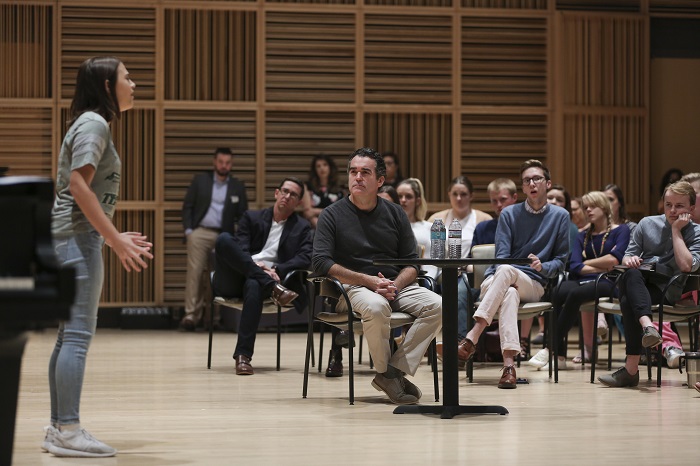 An NHSTA student performs a short song for audition feedback during the master class with Brian d'Arcy James.

Student workshops with Broadway star Brian d’Arcy James
Before the evening’s festivities kicked off, our headlining artist Brian d’Arcy James led an audition technique workshop for more than 120 students from our Nebraska High School Theater Academy. The Broadway, TV and film star shared advice and stories from his career in the performing arts. View the Facebook album >> 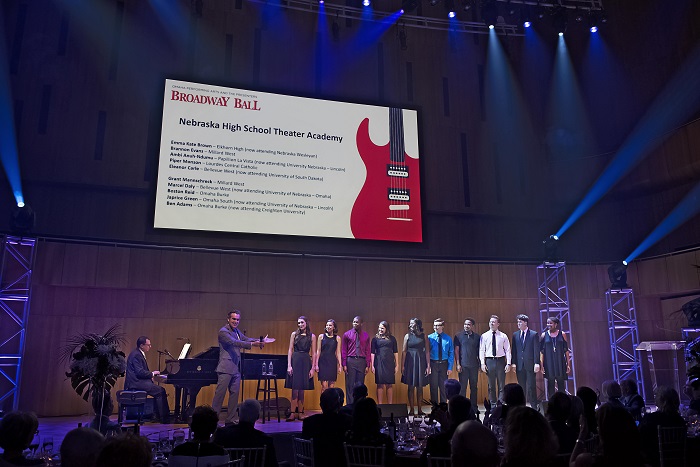 Rockin’ performances by students
Following the theme of SCHOOL OF ROCK, Broadway Ball celebrated student talent. The evening kicked off with music by Omaha Girls Rock bands during cocktail hour. Later, Nebraska High School Theater Academy students and alumni joined d’Arcy James on stage. They sang “If Only You Would Listen” from SCHOOL OF ROCK and also “Freak Flag” from SHREK THE MUSICAL. 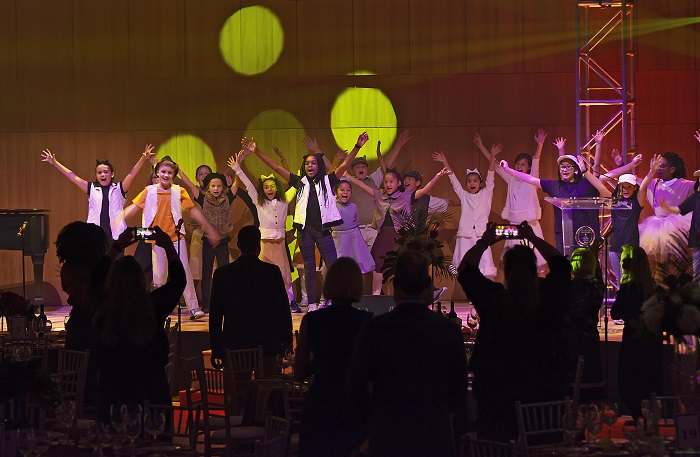 Students from Edison Elementary sing a song from Disney's The Aristocats KIDS, which they performed during the school year as part of our Disney Musicals in Schools program.

Edison Elementary students from our Disney Musicals in School program also made an adorable appearance! The children performed a tune from Disney’s The Aristocats KIDS, the school musical they produced last spring.  View the Facebook album >>

$550,000 raised for arts education
Each year, we reach more than 50,000 students and adults through our Education and Community Engagement programs. The $550,000 raised through Broadway Ball will help these initiatives continue to grow and reach new and diverse audiences. That means more students will have the opportunity to experience Disney Musicals in Schools, the Nebraska Theater High School Academy and so much more. Now, that really rocks! We are so thankful for the support of our volunteers, our corporate supporters and everyone who made this night possible.

Couldn’t make it to Broadway Ball? Keep the momentum going. You can learn more about supporting our Education and Community Engagement programs here on our website.