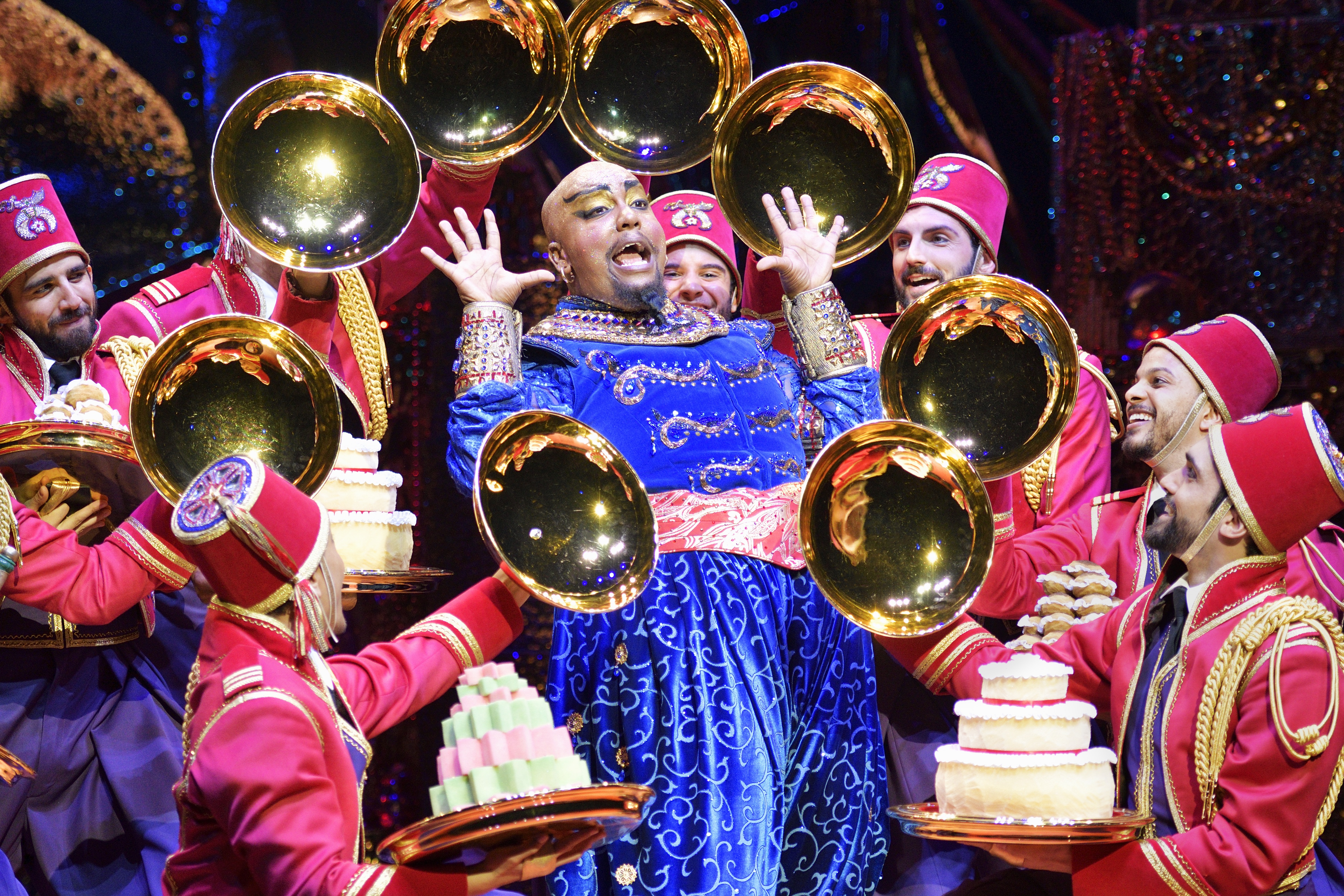 Daring adventure, classic comedy and timeless romance – Broadway musical Disney’s ALADDIN has it all. The show brings the 1992 film to life on the Orpheum stage beginning January 16, and we can’t wait. The production includes favorite elements from the movie including the music, the genie, the flying carpet, the love story – but with a little extra magic. Here are three fun facts to know about the new musical before you go.

1. You’ll make a few new friends
In the 1992 film, Aladdin is accompanied by his monkey sidekick, Abu. In the musical, Aladdin instead has not one, but 3 street rat pals. There’s Babkak, who thinks only of food; Omar, who is a bit more timid than this fellow thieves; and Kassim, who is tough as nails. 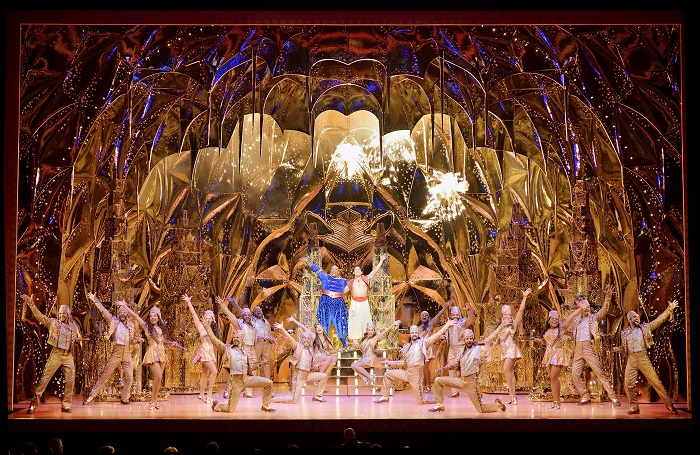 2. Dazzling costumes will make your head spin
The beautiful costumes in Disney’s ALADDIN were designed by Tony Award-winner Gregg Barnes. All the costumes are custom made, by hand, with fabrics from all over the world – Morocco, Turkey, Tahiti, Germany, India, China, Japan, France, Italy and more.

There are 337 costumes in the show, with 102 quick changes! Many take less than 30 seconds and will have your head spinning – especially with all the sparkle! In “Friend Like Me,” each dancer’s costume has 8,644 Swarovski rhinestones, and Jasmine’s wedding dress weighs 12 pounds from all the crystal beading. 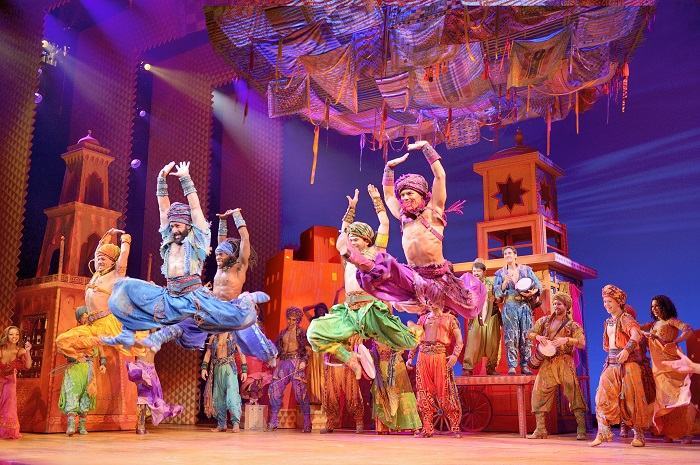 3. Hear the beloved music and new tunes
The show features music by the legendary Alan Menken. You’ll be able to sing along, because the show includes all 5 songs from the animated movie. Who’s ready to belt “A Whole New World”? The writers also reintroduced the songs that didn’t make the cut in 1992 and a couple new ones.

Ready to venture to Agrabah? Buy tickets and learn more about the show on TicketOmaha.com