3 FUN FACTS: Come From Away 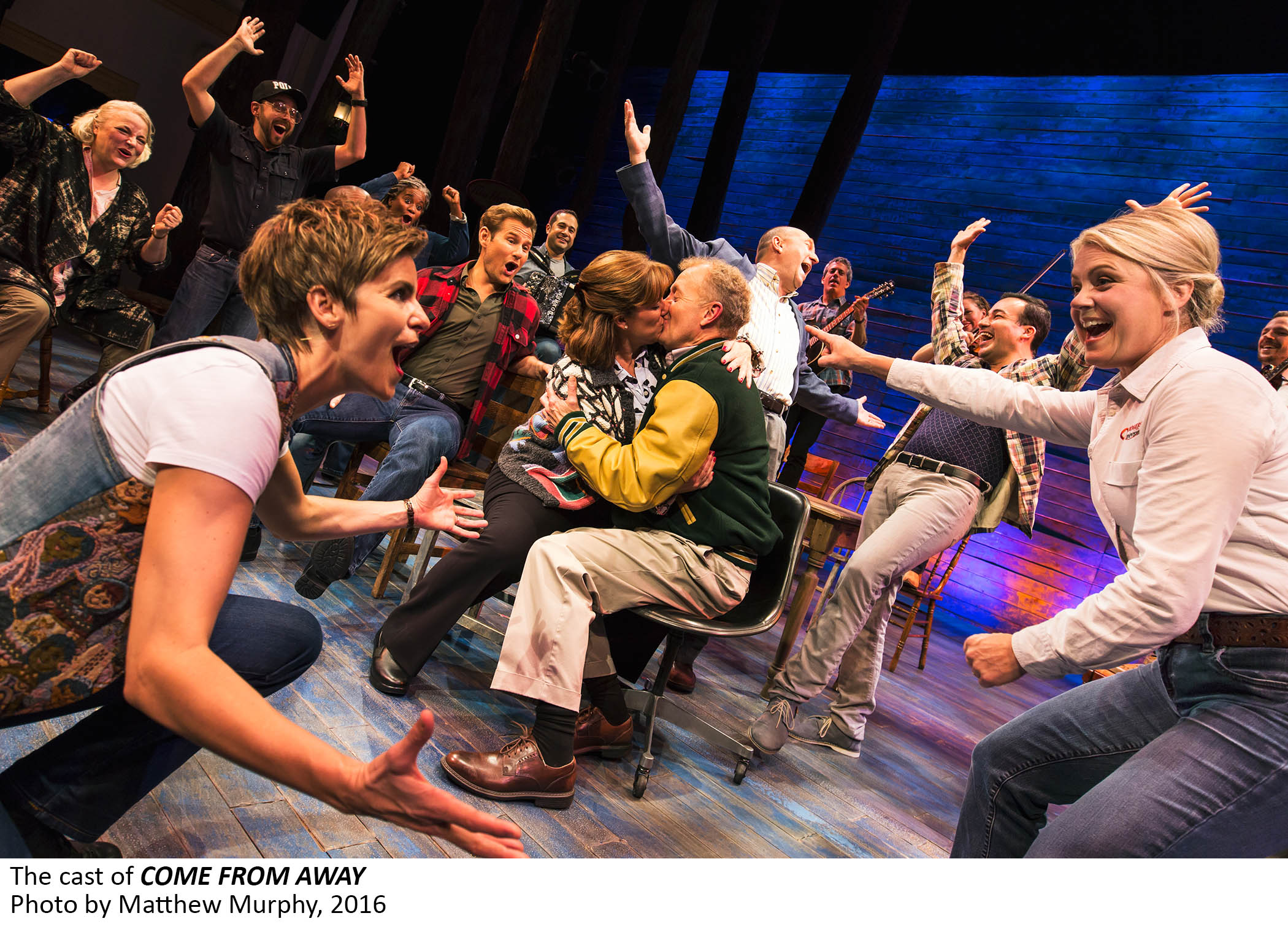 We can’t wait to share the remarkable true story of nearly 7,000 stranded passengers and the small town in Newfoundland that welcomed them. Here’s a few fun facts about Broadway’s Best Musical all across North America, COME FROM AWAY.

1. Stranded but in love?
COME FROM AWAY shares the incredible true stories of many of the individuals stranded in Newfoundland, including fellow airline passengers Diane Gray and Nick Marson. The two were brought together by extraordinary circumstances and managed to fall in love in the few days they were together. The two met while waiting in line for a blanket and although Nick was from Great Britain and Diane from Texas, the two have now been married for 17 years and even returned to Newfoundland for their honeymoon!

2. True to history
The show’s characters are all named after real-life passengers, some of whom are the show’s biggest supporters. At the time of 9/11, pilot Beverly Bass flew the 36th plane to Gander, Newfoundland. She was later named American Airlines first ever female captain. Captain Bass is a huge supporter of the Broadway show and has now seen almost 100 performances of COME FROM AWAY!

3. Sprouting new leaves
Did you know the Broadway set of COME FROM AWAY chose to use real trees on stage? Due to the amount of artificial lighting, the trees even continued to grow and sprout a few leaves on the New York stage.