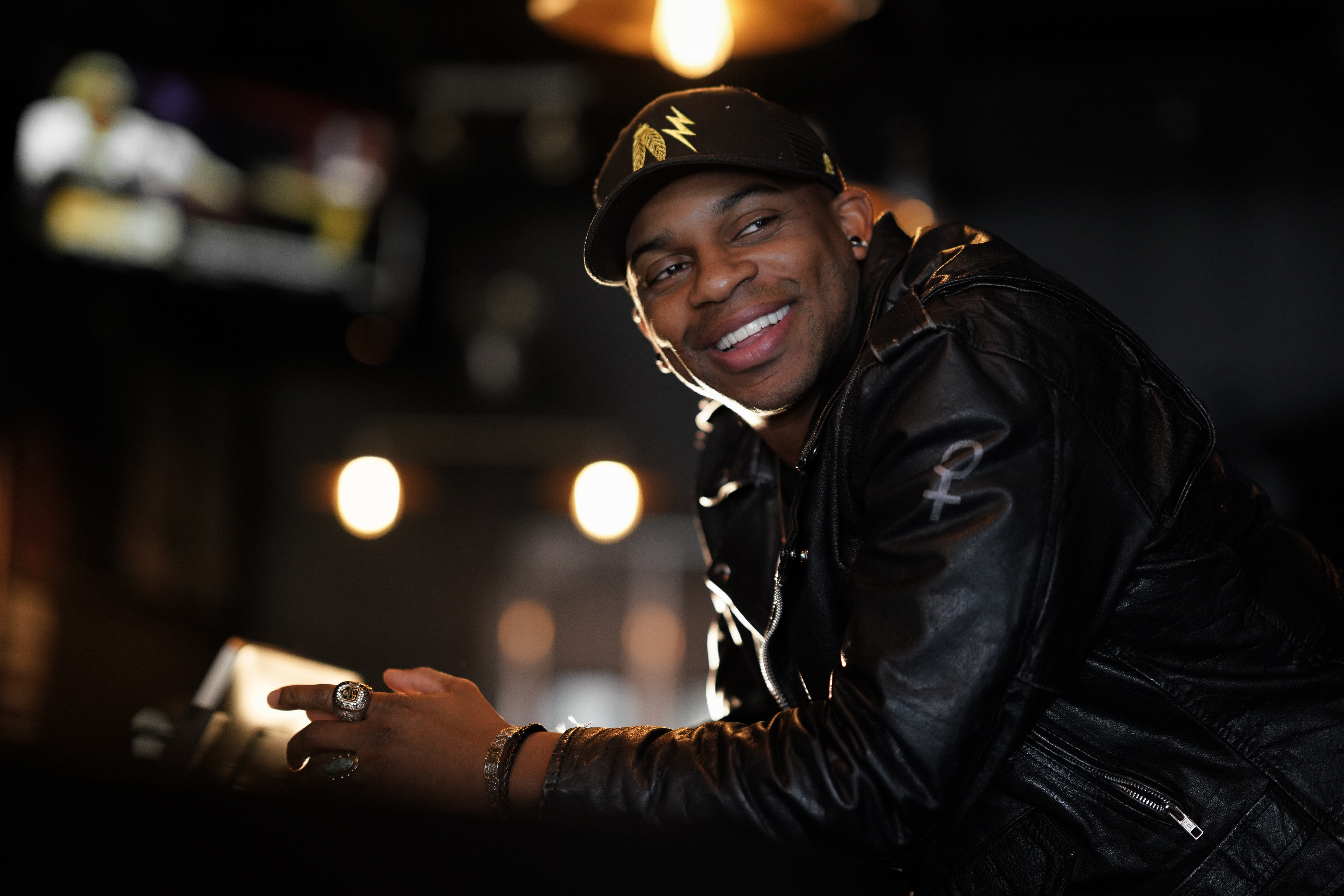 Summer is winding down? We don’t think so. We’re still winding up to our last Mammel Courtyard Concert of the summer: Jimmie Allen!

The rising country star will rock the Holland Center’s outdoor venue on September 5 at 8:00 PM. We think it will be the perfect show to soak up the last of summer – live music, drinks, snacks, free koozies, kicking back on the lawn. What do you think?

Before the show, we wanted you to get to know Jimmie a little bit better. Here are a few fun facts about this breakthrough artist:

1. He never gives up. Like, really...
The artist says there’s one phrase to sum up his view on life: Never give up. Growing up in Delaware, he dreamed of becoming a country artist like Alan Jackson or Jason Aldean. When he moved to Nashville, however, he had a series of bad breaks and even had to sleep in his car. Country music didn’t seem to be ready for him, but he kept trying.

In 2018, he had a turning-point year and started to land on “Ones to Watch” lists. He kept having milestone moments including earning a standing ovation while making his Grand Ole Opry debut and cracking the Top 20 with his first single.


2. He’s the first black country artist to launch his career with a No. 1 hit single
Allen made history when his very first single “Best Shot” rocketed to the top of the charts. In an interview with the Washington Post, he revealed mixed emotions about the accomplishment.

“It was cool. But at the same time, I was sad about it,” he said.  “Because it sucks that I’m the first. You know what I mean? I was excited and sad at the same time. I was glad I did it and got it done. But I want it to be where it’s not a thing anymore.”


3. Remember that commercial with Taylor Swift
One of Allen’s first good breaks was writing the song “Blue Jean Baby,” which played in Diet Coke Super Bowl commercial featuring him alongside Taylor Swift. Fans loved his cutting-edge sound and downloaded the song over and over, generating early buzz for the rising star.

Learn more about Jimmie Allen and order tickets to the show at TicketOmaha.com.