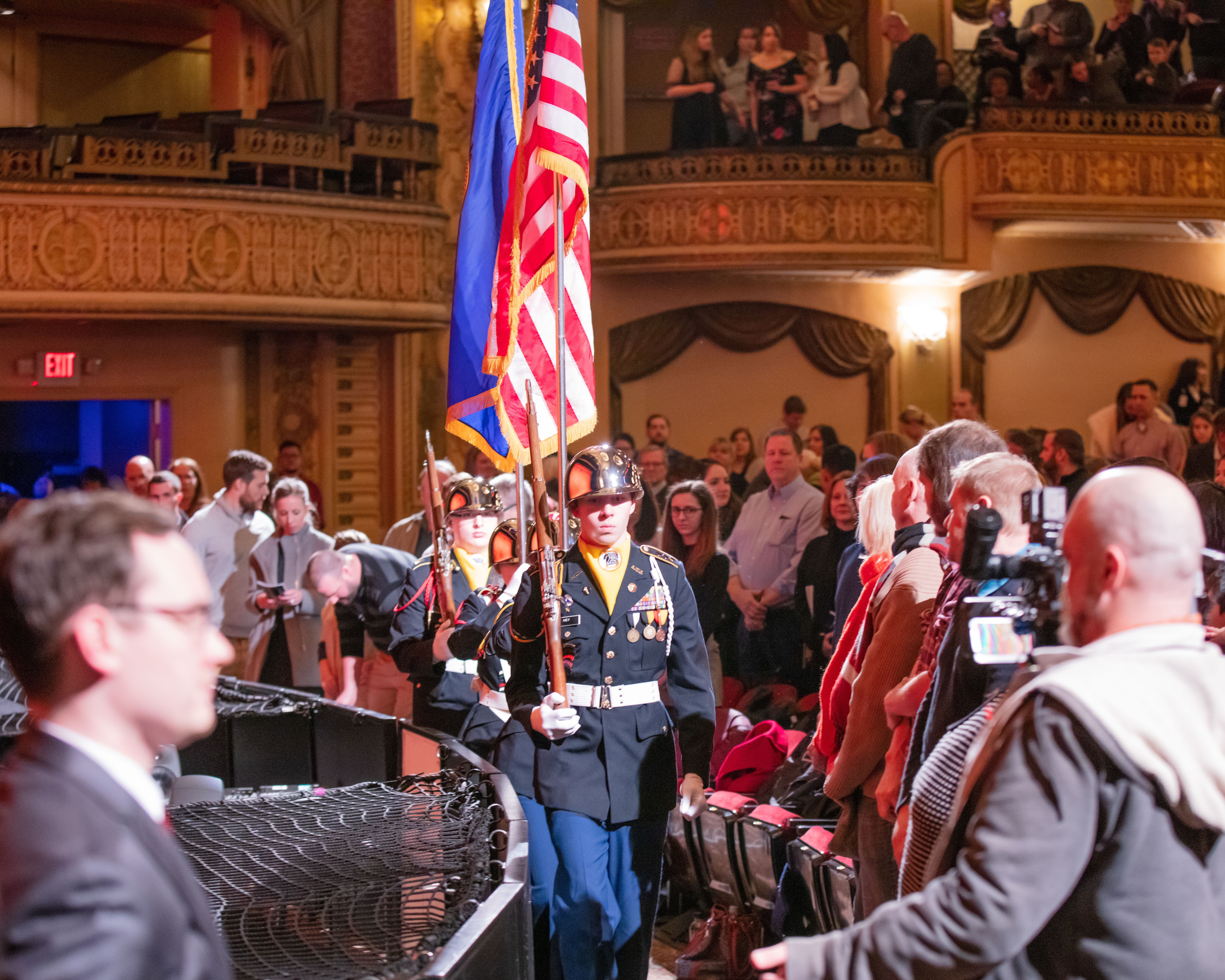 Omaha Performing Arts is proud to partner with Blue Star Families, Gold Star Families and the Tragedy Assistance Program for Survivors (TAPS) to honor military families during the sixth annual Heroes Night. On February 12, we will recognize men and women of the armed forces, veterans and their families before the performance of A BRONX TALE. Families are also invited to a post-show discussion with several cast members.

Blue Star Families is the nation’s largest chapter-based military family support organization. They help connect military families to their communities. Its members include military families from all branches of the armed services including National Guard and Reserve. TAPS offers programs for those who have lost a loved one in America’s Armed Forces. Gold Star Families are individuals who have received the Gold Star Lapel pin from the Department of Defense for the loss of their ones, in conflict, or in support of certain military operations.

Meghan Wieten-Scott is the Senior Manager for Outreach and National Events of Blue Star Families. Scott says Heroes Night is great for making memories and reminding military families that they are valued in the community.

“Our partnership with Omaha Performing Arts over the past six years has brought so much joy to military families in the Omaha area. Many families return year after year to attend Heroes Night. Being able to get away from the hustle of military life and spend a night together as a family, helps the families not only connect with one another but the larger Omaha community,” says Scott.

In previous years, Heroes Night has been held in conjunction with the RADIO CITY ROCKETTES, THE WIZARD OF OZ, WHITE CHRISTMAS, AN AMERICAN IN PARIS, and Disney's ALADDIN.

O-pa President, Joan Squires says, “we are honored to recognize the military families who have members serving on active duty or who have lost a loved one in service to the United States. Our annual Heroes Night allows us to express our appreciation to these service members and their families for the sacrifices they’ve made serving our country.”

Complimentary tickets and a discount have been extended to select Gold Star Families, Blue Star Families and TAPS members for A BRONX TALE.

O-pa is thankful to A BRONX TALE and the partnerships who have helped make another Heroes Night possible for military families. A 25% military discount is also available for Price Level 2 seats at select performances. Visit Ticket Omaha and use the code 20HERO when purchasing your tickets online. Eligible performances are as follows:

A BRONX TALE evolved from the one-man Off-Broadway play, written and performed by Chazz Palminteri in 1989. The story is based on Palminteri’s real life story. It takes place in the Bronx during the 1960s where a young man is caught between the father he loves and the mob boss he’d love to be.

Bursting with high-energy dance numbers and original doo-wop tunes from Academy Award® and Tony® Award-winner Alan Menken (Beauty and the Beast) and Tony® Award-nominee Glenn Slater (Love Never Dies), A BRONX TALE is a story of loyalty and family.

Performances for A BRONX TALE run February 11-16. For more information or to purchase tickets, visit TicketOmaha.com. For questions about our Heroes Night program, please contact J. Dominic Green at 402.661.8425 or email outreach@o-pa.org.