The Purrrfect Movies and Books to Get You Ready for CATS the Musical! 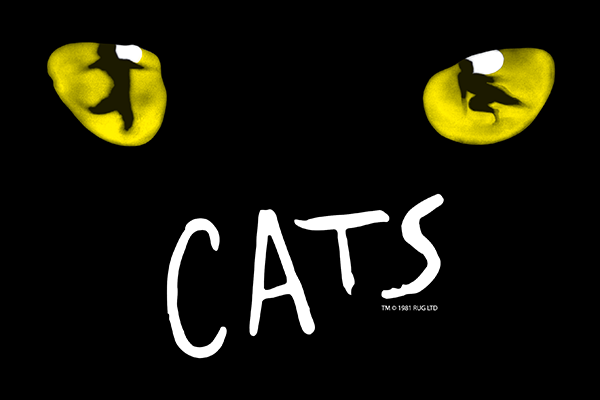 One of the most popular musicals of all-time, CATS will kick off Omaha Performing Arts’ Broadway season at the Orpheum Theater from September 28th to October 3rd, 2021. But you don’t have to wait for the Andrew Lloyd Weber classic to get your fix of magical animals. Here are some movies and books that will leave you with plenty of warm fuzzies.

Instead of watching the 2019 film adaptation of CATS, we recommend something a little less obvious: Wes Anderson’s Fantastic Mr. Fox (available on Disney +, Amazon Prime Rental). It’s based on the imaginative book of the same name by Roald Dahl (which you can snag from the Omaha Public Library). Fantastic Mr. Fox brilliantly uses stop-motion animation and features an unbelievable cast including George Clooney, Meryl Streep, Bill Murray and many more.

Going back a bit further we have the 1970 Disney animated classic The Aristocats (Disney +, Amazon Prime Rental). The cats in this movie all sing and dance and have the adventure of their (nine) lives after the butler tries to get them out of the way so he can inherit their owner’s fortune himself. This movie also has one of the best jazz-infused soundtracks of all times.

Finally, who can forget one of the most famous onscreen cats of all time, “Cat whose name is Cat,” from the romance classic Breakfast At Tiffany’s (Amazon Prime Rental), starring Audrey Hepburn.

If you’re tired of screen time and looking for a good read, you could start with Old Possum’s Book of Practical Cats by T.S. Elliot (available at the Omaha Public Library and The Bookworm). This book of poems was the inspiration for CATS. T.S. Eliot wrote these lovable cat poems for his godchildren, and they continue to delight children and grown-ups today!

Of course, CATS is just one of Andrew Lloyd Weber’s many hit musicals. If you want to learn more about this titan of Broadway, check out his autobiography Unmasked: A Memoir from the library. In this chronicle of artistic creation, Andrew Lloyd Webber looks back at the development of some of his most famous works and takes us behind the scenes of his productions.

For something a little more off the beaten path, check out the novel The Wind-Up Bird Chronicle by Haruki Murakami (available from Omaha Public Library and The Bookworm). The author makes no secret of his love for cats and includes them in many of his books. One could argue that The Wind-Up Bird Chronicle’s cat Noboru Wataya — named after the hero Toru’s brother-in-law — is Murakami’s most notable of all.  Noboru Wataya’s disappearance sets this magical, mind-boggling novel in motion. As cat people know, following a four-legged friend can take you on all sorts of strange and wonderful adventures.

Individual tickets for CATS are on sale now at Ticket Omaha. Or gather 10+ cat lovers for discounts and other group benefits!