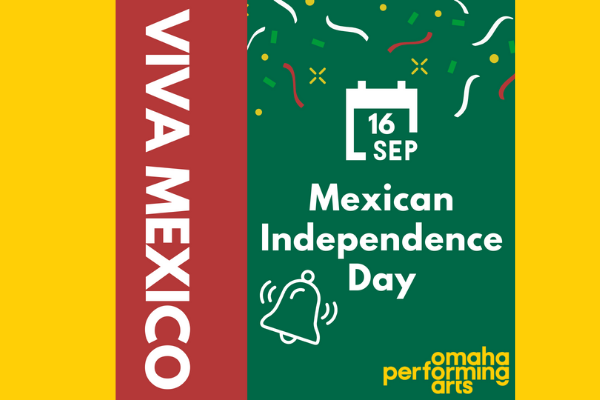 It seems Mexico’s victories in battle have confused some of us! What is Mexican Independence Day and how is it different from Cinco de Mayo? O-pa’s IDEA committee has the answers just in time to celebrate.

Cinco de Mayo is not Mexican Independence Day. In the United States, the two holidays often get confused with one another. Mexico gained their independence in their victory against Spain well before the victorious battle against France that led to the celebration of Cinco de Mayo. So, to clear the air, these events celebrate two totally different battles, and many would argue that September 16, Mexican Independence Day, calls for an even bigger celebration.

Every year on the night of September 15, at 11:00 PM the president of Mexico rings the bell at the presidential palace in a televised event with thousands of people gathered shouting “Viva Mexico” which translates to long live Mexico! This annual ceremony essentially recreates “El Grito” a pivotal moment in history when Mexico declared their fight for freedom against Spain, commanded by a Roman Catholic priest by the name of Miguel Hidalgo y Costilla.

Since 1521, Mexico was considered a part of Spain – they were even known as “New Spain”. Racism, class discrimination, and cruel use of political power created a strong call for change.

On September 16, 1810 Hidalgo shouted “El Grito De Dolores” which translates to “cry of pain,” and he rang the church bell in Dolores, a small town in Mexico. Although the exact context of Hidalgo’s speech is unknown, many claim the priest called for independence, redistribution of land, and race equality. Thousands flocked and the war began. In 1811 Hidalgo was captured and executed. Others kept up the rebellion and Mexico eventually won their independence from Spain on September 27, 1821.

More than 200 years later, Mexico still commemorates the speech that led to their independence “El Grito” on the evening of September 15. Mexican Independence Day is literally rung in on the fifteenth and observed on the sixteenth.

Mexico’s celebration of independence is truly epic. Just do a quick YouTube search on Mexico’s independence parade to witness military personnel marching under a sky of aircraft surrounded by a sea of pride. Following the parade is a full day of festivities including traditional mariachi music, food, confetti, and fireworks.