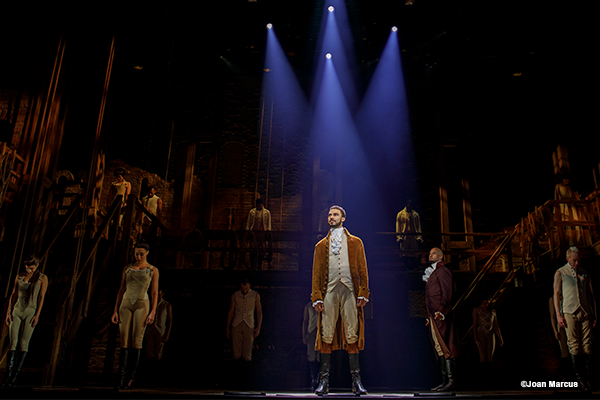 HAMILTON returns to The Orpheum Theater for a three-week run from October 26 through November 14, 2021. We have some fantastic reading and watching recommendations to get you ready for this groundbreaking musical!

The most obvious place to start is Ron Chernow’s biography of the man, Alexander Hamilton (available at Omaha Public Library (OPL) and The Bookworm). This New York Times best seller inspired Lin Manuel Miranda to write HAMILTON. The Pulitzer Prize-winning author presents a landmark biography of the Founding Father who galvanized, inspired, scandalized, and shaped the newborn nation. Chernow’s biography gives Hamilton his due and deftly illustrates that the political and economic greatness of America is the result of Hamilton’s championing of ideas that were often wildly disputed during his time.

Next, check out American Dialogue by Joseph J. Ellis (OPL, The Bookworm), which compares the relevance of the views of George Washington, Thomas Jefferson, John Adams and James Madison to some of the most divisive issues of today.

For a different perspective on the Revolutionary War period, we highly recommend Independence Lost by Kathleen DuVal (OPL, Bookworm). In this book the award-winning historian recounts an untold story as rich and significant as that of the Founding Fathers: the history of the Revolutionary Era as experienced by slaves, American Indians, women, and British loyalists living on Florida’s Gulf Coast.

There’s also an endless supply of TV shows and movies to watch about The Revolutionary War period. If you have HBO, we recommend binging the 2008 miniseries John Adams starring Paul Giamatti. (It's also available at the library!) Then there’s AMC’s addictive TV show Turn (Netflix, Amazon Prime Rental), which tells the story of America’s earliest spies that helped win the war of Independence.

Finally, we recommend The PBS documentary Hamilton’s America (Youtube), which gives an inside look into the making of the musical, blending history and moments from the show itself.

And, of course, after you see HAMILTON at The Orpheum, you can relive the magic watching the live recording of the musical with the original cast on Disney+.

Tickets for HAMILTON are available at Ticket Omaha.