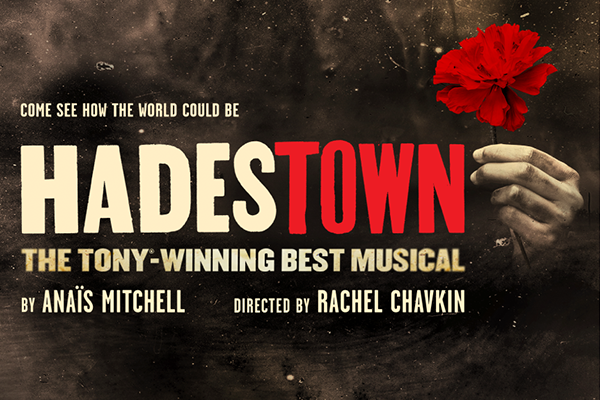 Winner of the 2019 Tony for Best Musical, HADESTOWN is one of the most anticipated shows of the 21/22 Broadway season. Based on the Greek myth of Orpheus and Eurydice and set in New Orleans, there’s also plenty to read and watch to get you excited for this Broadway musical. You can even check out this list curated by the Omaha Public Library!

You could start by watching the 1959 foreign film classic Black Orpheus, which is also an adaptation of the classic Greek myth but set in Brazil. This film won the Palme d’Or at The Cannes Film Festival and an Oscar for Best Foreign Language Film. Featuring music by legendary Brazilian composer Antonio Carlos Jobim, the film is often credited for making Brazilian music popular in the early 1960’s.

And who can forget the classic Coen Brother’s movie Oh Brother Where Art Thou? Based on Homer’s epic poem The Odyssey and starring young(ish) George Clooney, the movie also shares with Hadestown an incredible folk, blues and country inspired soundtrack and a setting in the South.

For reading, you could start off by brushing up on your Greek mythology with Greek Mythology: The Gods, Goddesses and Heroes Handbook by Liv Albert. In this book you’ll discover the backstories of the heroes, villains, gods, and goddesses that enjoy popularity in today’s shows and films. Liv Albert is also the creator and host of the popular podcast, Let's Talk About Myths, Baby! where she explores Greek myths from a casual, humorous perspective.

Another great read is Lovely War by Julie Berry. A sweeping, multi-layered romance set in the perilous days of World Wars I and II, where gods hold the fates of four mortals in their hands. Their story, as told by the goddess Aphrodite, is filled with hope and heartbreak, prejudice and passion, and reveals that, though War is a formidable force, it's no match for the transcendent power of Love.

Also, check out Witch Queens, Voodoo Spirits, and Hoodoo Saints: A Guide To Magical New Orleans. Because of its unique history, New Orleans is the historical stronghold of traditional African religions and spirituality in the US. Author Denise Alvarado takes us on a magical tour of New Orleans. There is a mysterious spiritual underbelly hiding in plain sight in New Orleans and Alvarado shows us where it is and who the characters are. The book shines a light on notable spirits and folk saints and serves as a secret history of New Orleans, revealing details even locals may not know.

Tickets for HADESTOWN can be purchase online at Ticket Omaha. Group sales (10+) are also available for this show and you can find out more about group sales here.