Art as a cultural reset: The story behind Omaha’s Forgotten Century 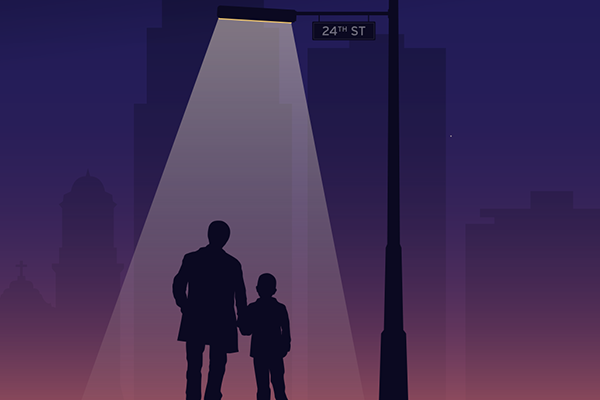 Apa: “Mijo, you know I don’t tell you this story to make you sad, you know this, right?”
Ernie: “I know, Apa. If we don’t know these things, it’s like they never even happened.”

“It was absolutely electrifying how it turned out,” he said. “I wanted to create another similar experience but this time commit more resources and create an entirely original work, written by the community from actual events that happened here.”

In the summer of 2021, Andy happened to watch a dance performance on social media that was choreographed by Broadway artist and Omaha-native Ray Mercer and knew he was the perfect person for the project.

“After several conversations with Ray about the idea, we came up with the idea of a 60-minute dance-theater piece that was reflective of several key historical events in Omaha’s history. We would set it in ‘any neighborhood Omaha’ and use local Black and Latino historians along with other artists to create the original play which would then be interspersed with Ray’s original dance pieces,” said Andy.

“There’s a lot of history that we don’t know about. There are oral traditions that haven’t been passed on, so we’re using this production to bring those to life,” explained Aaron. “There’s a lot of people who don’t know about the great jazz musical experience of North Omaha. There’s a lot of revolutionary history that’s happened in South Omaha that the wider Omaha community may not know. This history is very alive in its smaller communities, but we’re providing a stage and a spotlight.”
Listen in: Aaron Gregory on KVNO radio

Nearly a year of collaboration, an original script, eight dancers and two local actors later, Omaha’s Forgotten Century premieres at the Orpheum Theater on June 25, 2022 at 7:30 PM. The performance is free and open to the public. Equal parts funny, joyful and thought-provoking, 11 year-old Ernesto aka Ernie and his Grandpa Apa will take the audience through tender and painful stories of their Afro-Latino family heritage while dancers bring 100 years of North and South Omaha history to life.

It’s one of the first times that O-pa has produced an original full-length performance. “I’m excited to tell a new story of Afro-Latino heritage in a city that is historically known to be redlined and segregated. To be a part of the process in the back end of using the arts as a bridge—almost a cultural reset—has been super exciting,” said Aaron.

The result is an intersection of culture, heritage and art, and the stories that connect us.

“As the story unfolds, it really says: all the fear, and all the anger, and all the sadness, and disappointment isn’t something that divides us — it makes us look at and say  —  “you feel this too? I want to know more about this; to share, to listen and to heal,” said Andy.

Omaha’s Forgotten Century take place at the Orpheum Theater on June 25, 2022 at 7:30 PM. This event is free and open to all — no registration required.