O-pa's new venue will be a major live entertainment hub when it opens in 2023.

OMAHA, Neb. (Mar. 29, 2021) – Omaha Performing Arts has announced that construction has begun on the new live music venue as part of the planned expansion of O-pa’s arts and entertainment campus near the Holland Performing Arts Center.

The concert venue will be built between Dodge Street and Capitol Avenue, from 11th to 12th streets. The flexible seating space will accommodate audiences of 1,500 to 3,000 and feature sought after artists popular with live music lovers and young concertgoers when it opens in mid-2023. This unique performance space will also be an asset to local artists and organizations who will be able to present new and innovative programs in non-traditional layouts. 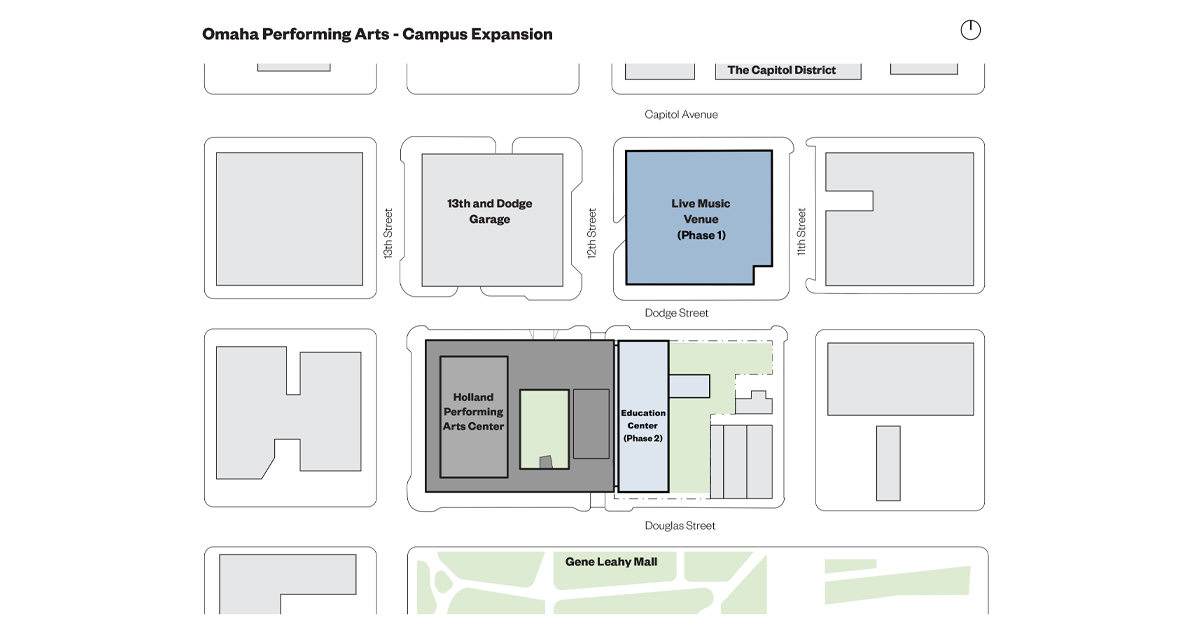 “This construction milestone amplifies O-pa’s mission of providing artists and audiences with exceptional experiences in world-class venues,” said Omaha Performing Arts Board Vice Chair Jack Koraleski. “It supports our community’s commitment to ensuring an inclusive and diverse workforce for the city’s future and is another significant investment in the development of downtown Omaha as a place to live, work and play.” 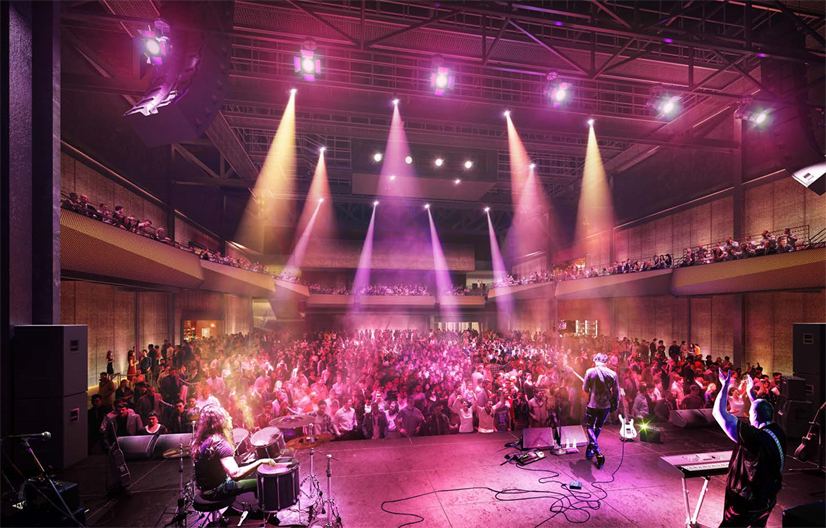 Check back here for ongoing updates.