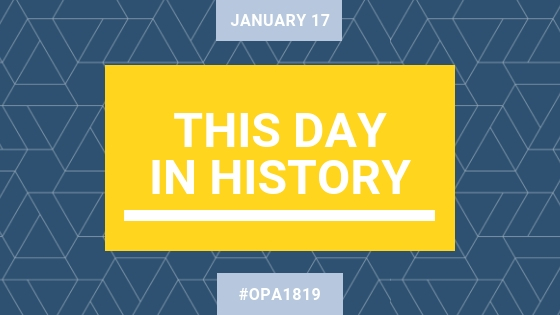 On January 17, 1975, Omaha celebrated the grand reopening of the Orpheum Theater.

Comedian Red Skelton headlined the celebration. Opera Omaha also performed on the stage for the first time, with soprano Beverly Sills in the title role of Donizetti’s Lucia di Lammermoor. 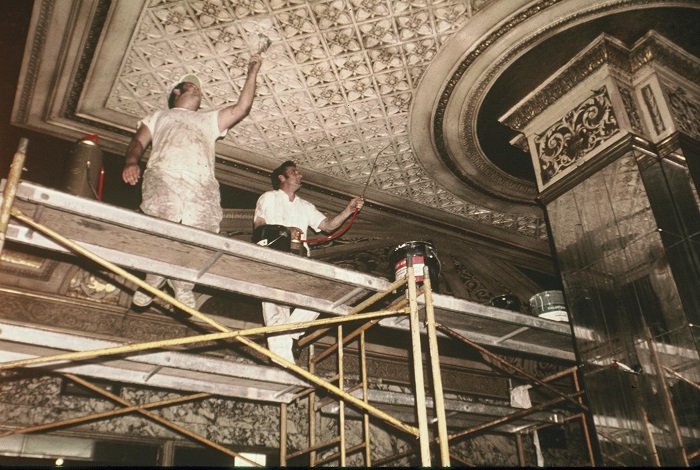 Two men work on ceiling repairs in the Orpheum Theater's lobby during the renovations in 1974.

The former vaudeville house and movie theater closed in 1971 after playing its last film to an empty house. The Knights of Ak-Sar-Ben purchased the theater to turn it into a performing arts center. Renovations included adding depth to the stage, new rigging, electrical upgrades – and this is cool – air conditioning. 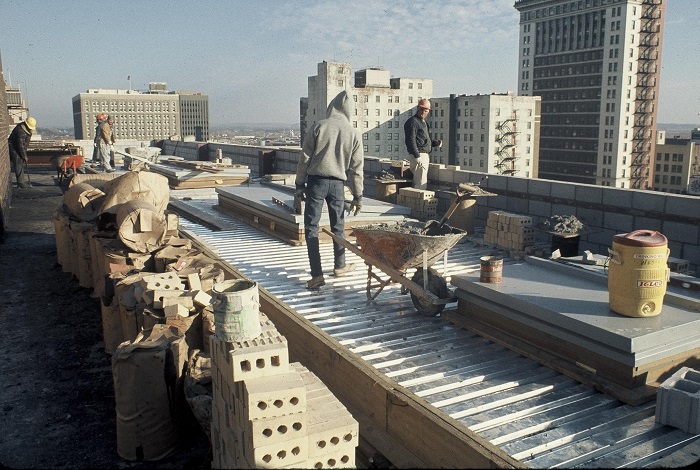 A glimpse of the Omaha skyline from the roof of the Orpheum Theater during the 1974 repairs. 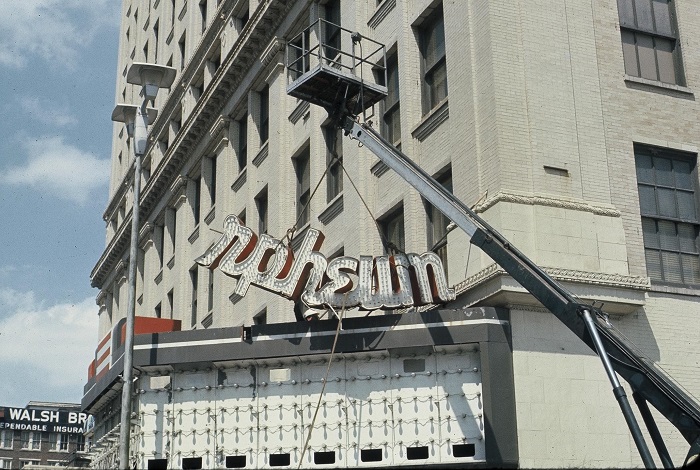 A crane removes the broken Orpheum sign from the marquee. The 1970s renovations transformed the movie theater into a performing arts hall.


To learn more about the Orpheum Theater’s history, visit our venues page on the website.