Highlights from the 19/20 Season Reveal 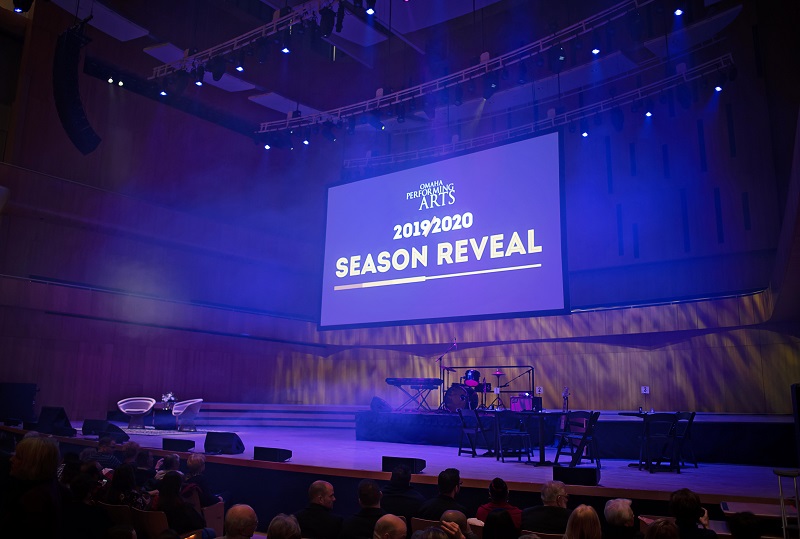 Have you heard the news? We recently revealed our 2019/2020 Season during a special event for our subscribers at the Holland Center.

The night was filled with sweet surprises – literally – and guest performances by Broadway and jazz stars. The event, hosted by OPA President Joan Squires, showcases all of the amazing artists and shows headed this way next year. If you missed it, I’ve got you covered. Here are the highlights from the big night! 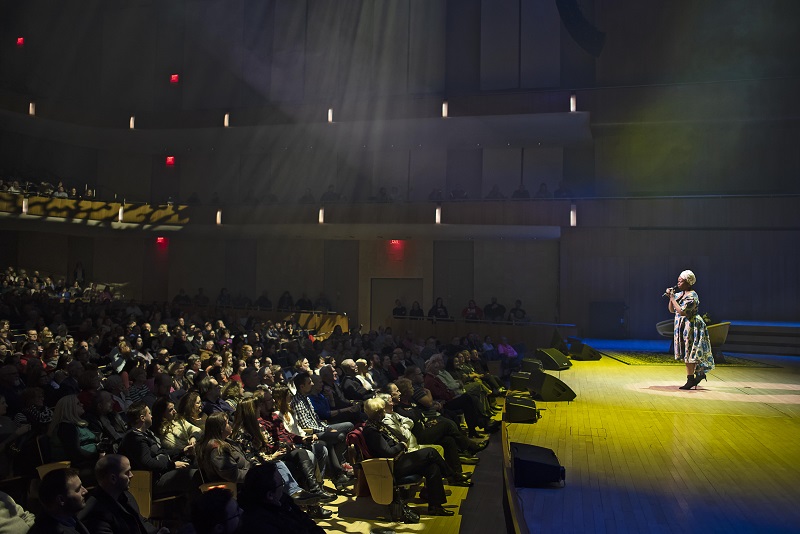 Tshidi Manye from the national tour of Disney's THE LION KING performs "Circle of Life."

1. Disney’s THE LION KING will return for 4 weeks
We can’t wait to be king of entertainment next season! Our Season Reveal kicked off by transporting our guests to Pride Rock. Touring artist Tshidi Manye performed “Circle of Life” – and the crowd went wild. If you subscribe to the Broadway Series, you’ll unlock access to this show. You can add the musical to your season. If you’re not a Broadway subscriber yet, you can add your name to the wait list here. 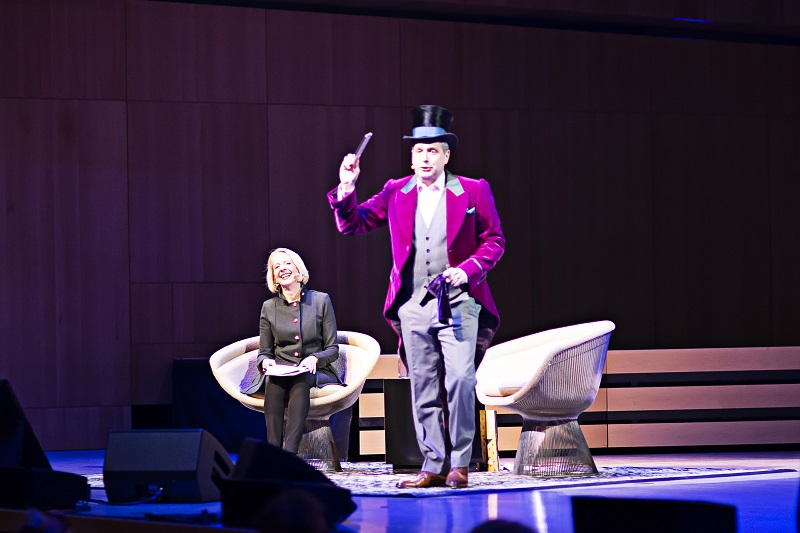 Bob Bucci from Broadway Across America tosses chocolate into the audience. He joined OPA President Joan Squires on stage to introduce the Broadway Series.

2. Is that … Willy Wonka?
Our friend Bob Bucci, president of the Marketing Division at Broadway Across America, leaped on stage dressed as Broadway’s candyman – Willy Wonka! Yes – we’re bringing Roald Dahl's CHARLIE AND THE CHOCOLATE FACTORY to Omaha next season as part of our 6-show series. Everyone in the crowd took home a tasty chocolate bar – and one person won a Golden Ticket granting her four seats at the show when it rolls into town in November. 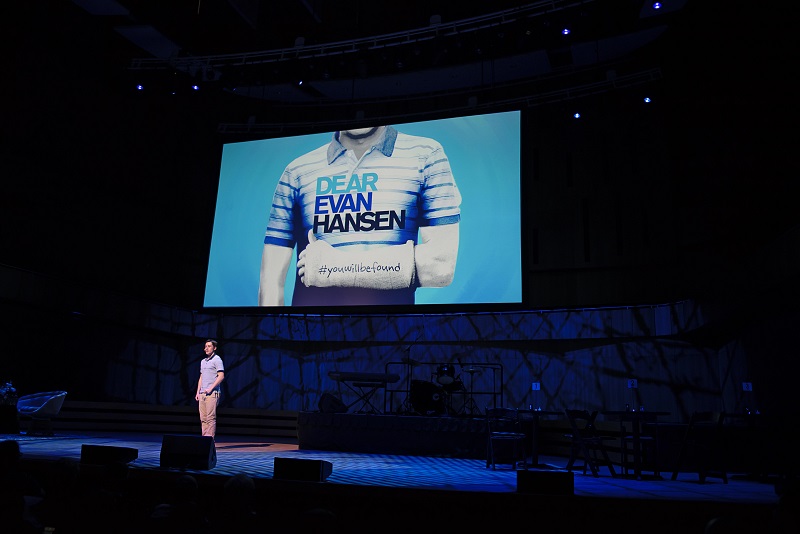 Josh Strobl, who plays Evan Hansen in the national tour of DEAR EVAN HANSEN, performs "Waving Through a Window."


3. A visit to the 1200 Club
Ever dreamed of listening to the world’s best artists in a cool, cozy jazz club in NYC? Hey! No need to catch a plane to the Big Apple – we have just the place. Our 1200 Club concerts transform the Scott Recital Hall at the Holland Center into a stylish, intimate venue. You can order food, sip a cocktail and hear the best touring artists in jazz, Broadway, indie, blues and more. 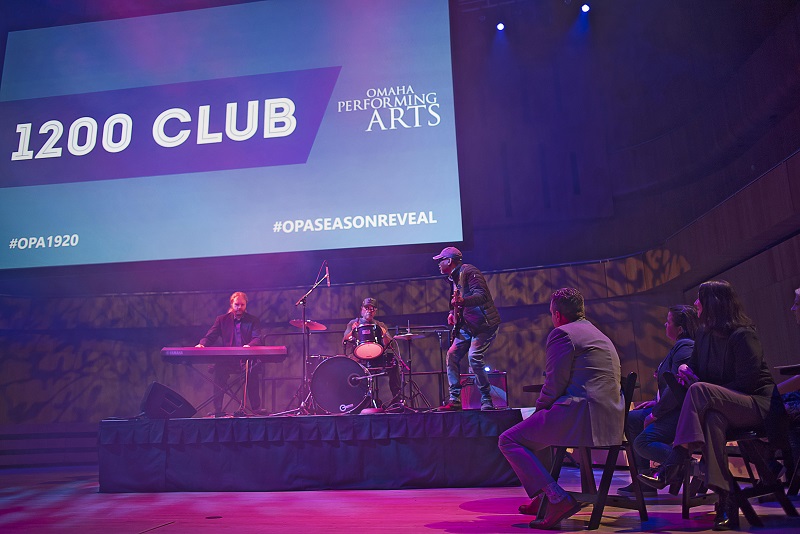 Curly Martin & Friends play a song during Season Reveal. He'll return to the 1200 Club during the 19/20 Season.

We kind of think the 1200 Club is our best kept secret – but it’s secret no more! During the reveal, we turned the stage into the 1200 Club to show everyone what it’s all about. Omaha native Curly Martin even hopped on stage to set the vibe and play a tune.

If you buy a subscription to any of our series, you’ll have first access to these up-close performances. You can add the tickets to your season and plan your favorite nights of the year.
Learn more about the 1200 Club>> 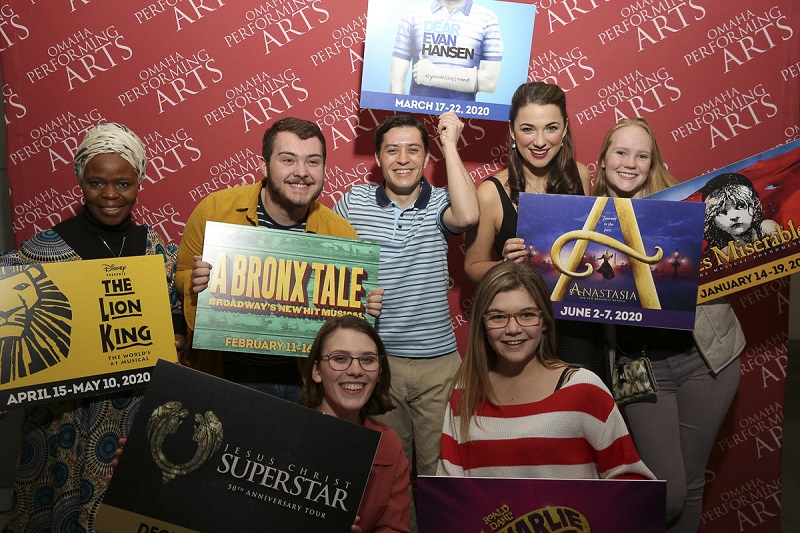 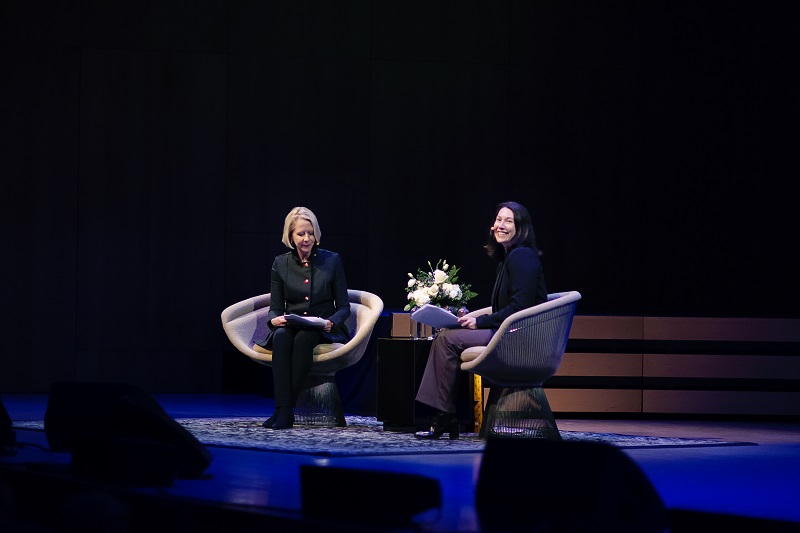 For instance, the Jazz Series features Eddie Palmieri, a legendary jazz artist whose music is inspired by his Puero Rican Roots. In Dance, we welcome back Ailey II. This talented young group of dancers puts their energy and strength on full display in their performances.

We have dozens of shows coming to Omaha – The Piano Guys, Patti LaBelle, Kansas and so many more. Explore our entire 2019/2020 Season here>> 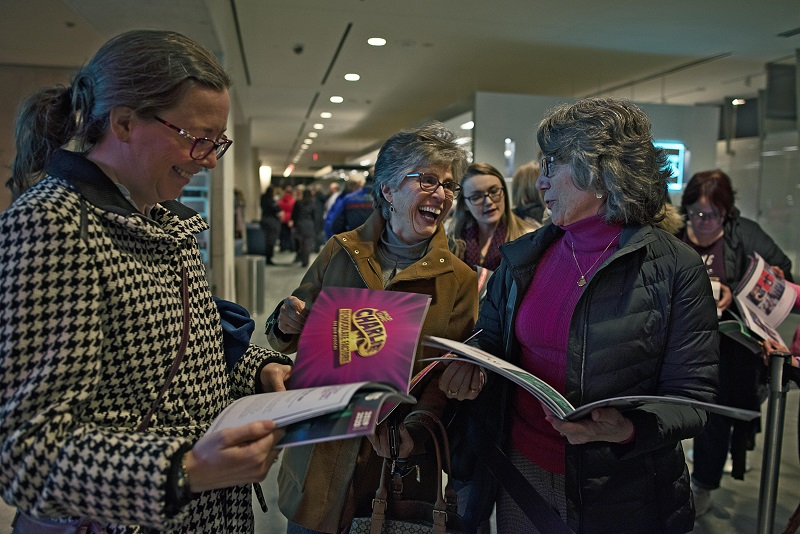 Subscribers flip through the 19/20 Broadway catalog while waiting in line at the Ticket Omaha Box Office.