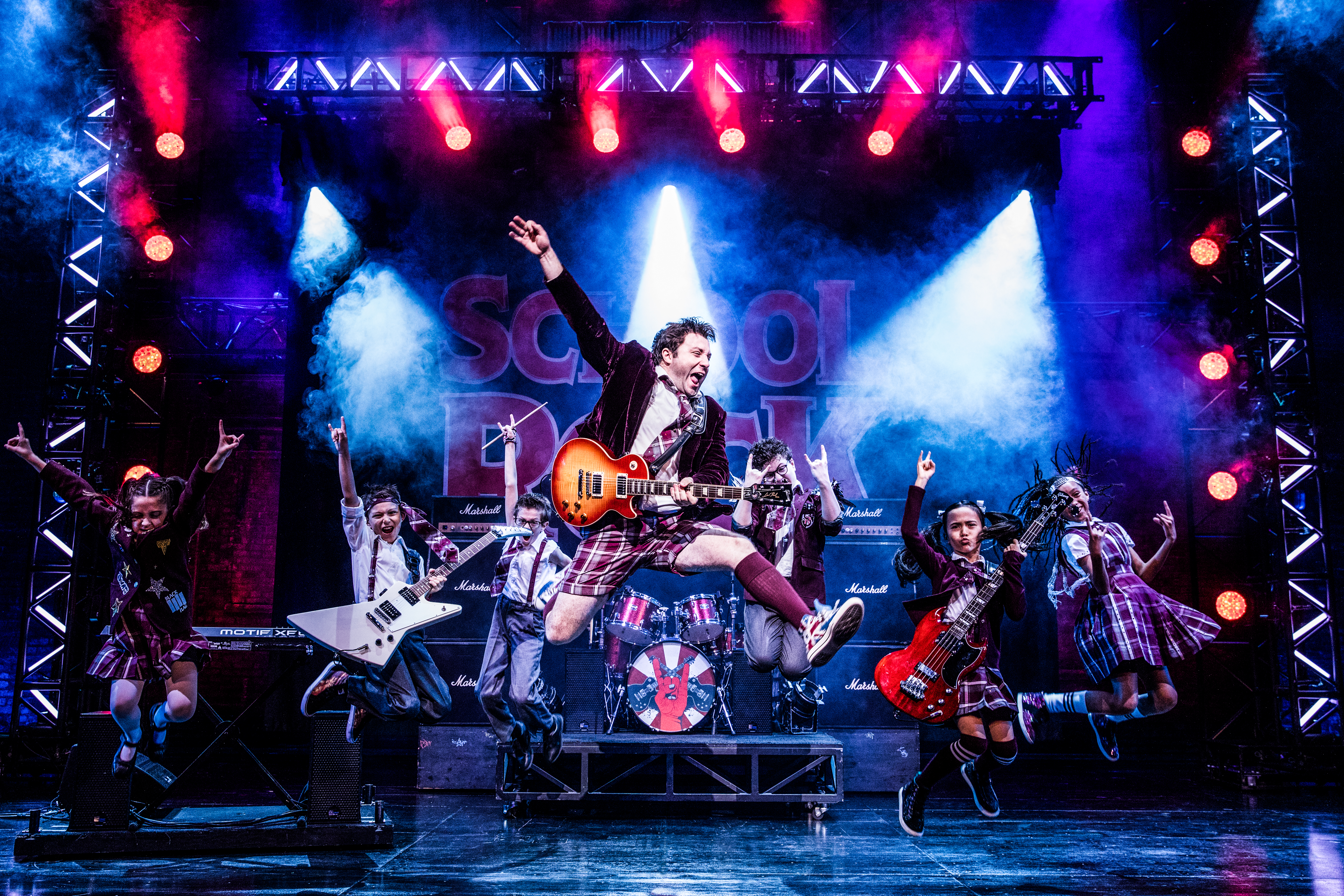 We can’t wait to share this hit Broadway musical based on the film, SCHOOL OF ROCK. The show follows Dewey Finn, a wannabe rock star who turns a class of straight-A students into grade-A rockers.

The show opens April 23 at the Orpheum Theater and runs through April 28. Here are a few fun facts about the show to know before you go!