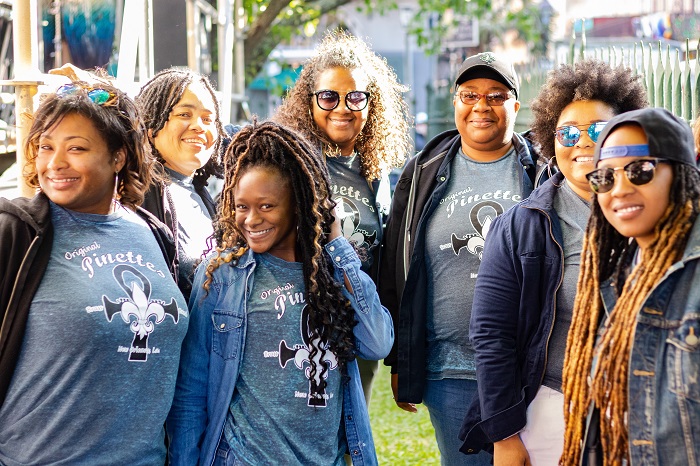 Hailing from New Orleans, The Original Pinettes Brass Band was born in the jazz capital of the world. The group began in 1991 at the all-girl St. Mary’s Academy High School where they developed and grew under band director Jeffery Herbert. Eventually the group expanded to include girls from other schools around the city.

2. Keeping together through thick and thin

Graduation could have been the end—but not for these dedicated musicians. Their former band director passed on management to the members as they grew older and remained dedicated to their craft. Even though membership has changed since its 1991 founding, but the Original Pinettes Brass Band is still going strong in 2019.

“Not even Hurricane Katrina could stop us from doing what we love,” bandleader Christie Jourdain says. “The band members were misplaced after the storm hit. We were in six different cities, not knowing if everyone made it out safely. But now, we are back like you never heard us before."

The Original Pinettes Brass Band have a dream to take their music worldwide and show how music is a universal language. They’ve already started with a musical tour across Turkish cities and a jazz festival in Switzerland. Omaha is another step on their journey to spread their music as far as they can.