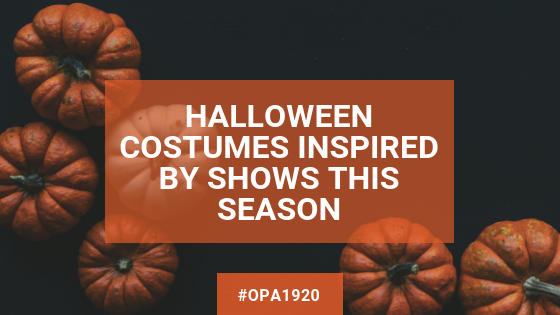 Halloween is very important to us at Omaha Performing Arts. Seriously, every year we hold a costume contest where our staff dresses in costumes inspired by one of the shows or performances in our current season.

Last year, our winner was a Sia-themed chandelier, inspired by the pop singer and PHANTOM OF THE OPERA. 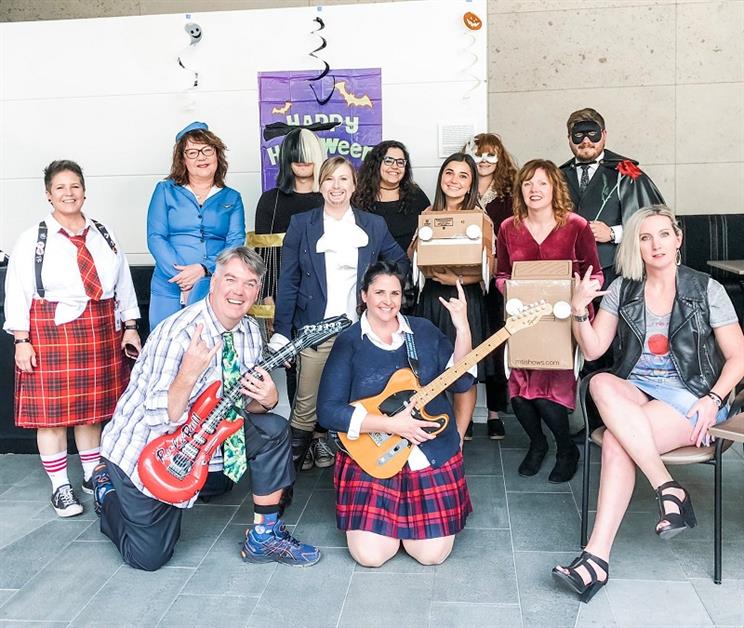 Spooky season has greeted us yet again, and it's time to get planning this year's costumes! Lucky for us, we have an amazing calendar of performances to get us thinking about this year's winner.

Big performing arts lover? You can join in, too and go trick-or-treating in style!

Just like dressing up as Aaron Burr was custom to celebrate HAMILTON's arrival for the 18/19 season, there are a few obvious looks to celebrate the 19/20 season. I'm thinking we might see a lot of Simbas (for Disney's THE LION KING), and perhaps, some enchanting Anastasias.

There's no shame in dressing up as a lead character, for being the Evan Hansen you've always dreamed you could be, but we have a couple more clever ideas. 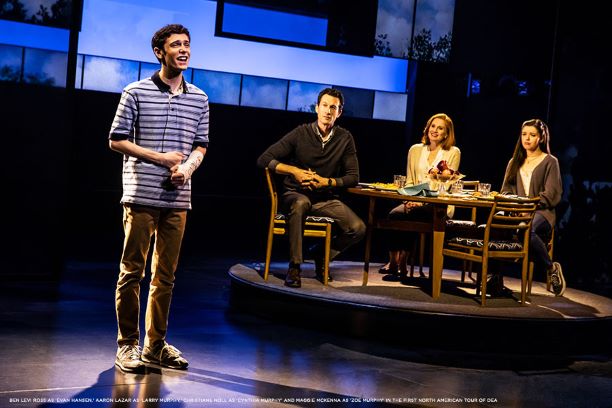 Being Evan Hansen for Halloween wouldn't be too hard; you could wear a striped polo and wrap up your arm, but even better, you could make it a couple's costume where one individual is the casted arm itself!

Now, the costuming team of DEAR EVAN HANSEN actually casts and removes the lead actor's arm cast for every show, but you could just wrap yourself in white gauze, scribble a heartfelt "Connor" on your torso, and you're out the door! 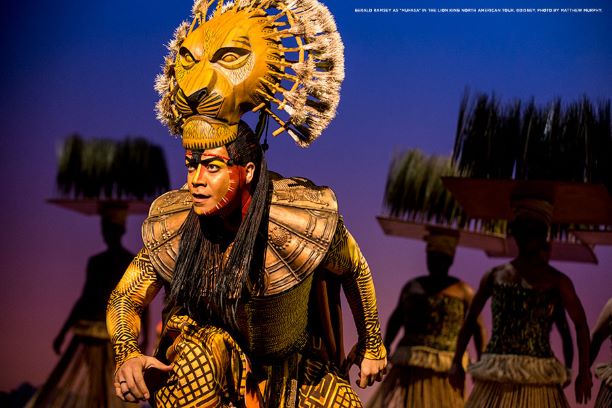 An actual Lion King (or queen!)

After the new live action motion picture version of Disney's THE LION KING, a lot of us are probably thinking Beyonce runs the jungle, but take the title to a whole new level, and celebrate the musical's return to Omaha.

Snag some lion plushies, a tiara or crown, perhaps a royal mantle, and get your magnificent mindset on. You could also combine the terms 'lion' and 'king,' wear a tail, whiskers and crown, and practice your prowl through the savanna. 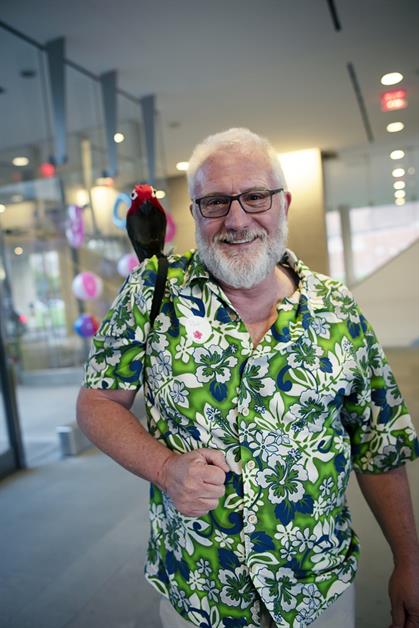 Jimmy Buffett's ESCAPE TO MARGARITAVILLE will wave hello to Omaha in the summer, and until then, you can find your personal paradise in a playful costume!

Browse your dad's closet or your nearby thrift shop for a fun, floral button up shirt. Find yourself a pair of cargo shorts and, from there, accessorize! We recommend fanny packs, sunscreen, sunglasses, straw hats, a parrot on your shoulder-- and of course, a nice tropical drink. 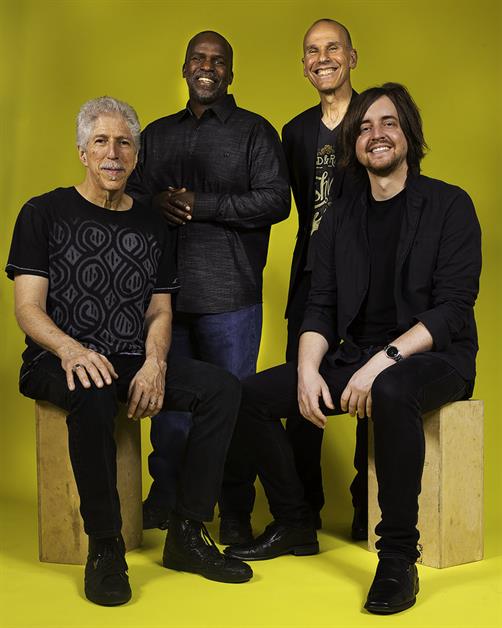 A group of jazzy Yellowjackets

The Yellowjackets featuring Luciana Souza will stop by our 1200 Club for a jazzy performance in February, so get your funk on early! This costume can be taken literally or figuratively, so you do what's best for you.

First, get your crew together. These are the people you'd definitely start a jazz sextet with, the people who can finger snap and doo-wop all day. All of you can simply wear some yellow jackets and strut your stuff, or you can find some bumble bee costumes and be a handful of friendly wasps. Just don't sting us if you don't get a Snickers! 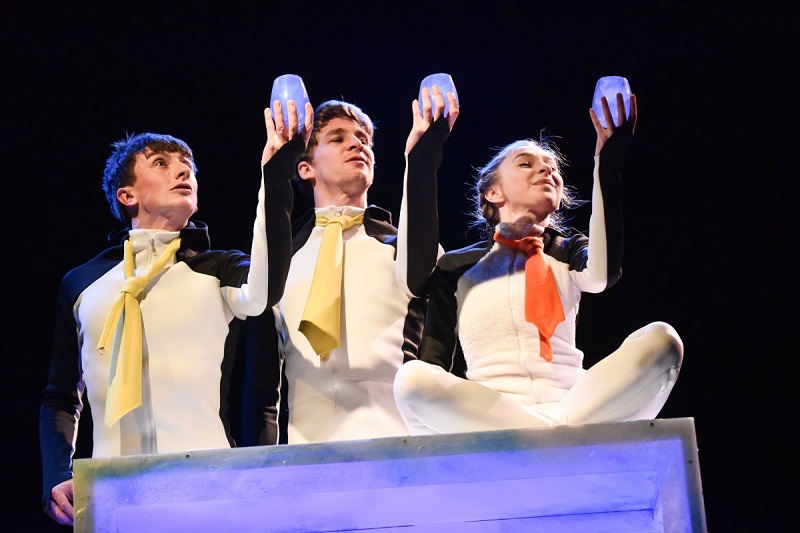 Penguins is a family-friendly show that tells the true story of two bonded male penguins at New York's Central Park Zoo who raise a chick together. When the two try to hatch a rock, a zookeeper gives them an egg instead-- and the story captured hearts on a global scale.

You know where this is going-- be a penguin! You could buy a fleece costume from your local Halloween store, I'm sure, or you could create your own with collected black and white sweatshirts and sweat pants, topped with an orange construction paper beak. 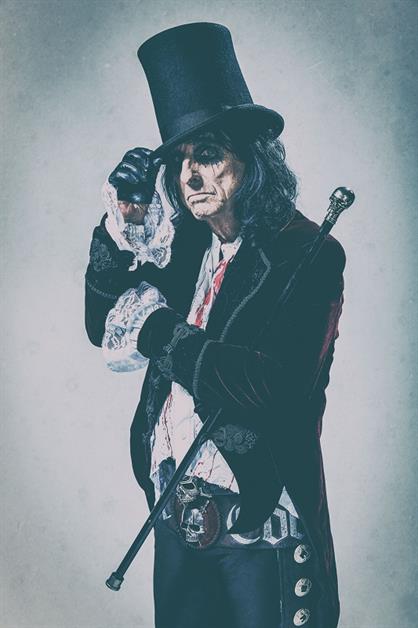 Ol’ Black Eyes is back! Alice Cooper will be taking the stage in Omaha this season, so get your shock rock suits ready to rumble. We'd suggest a top hat, cane-- and anything skull and cross bones. Bonus points if you wear crushed velvet or lace.

Potted Potter will make a triumphant return to Omaha this season, and now is your chance to dust off your Hogwarts robes and Weasley Christmas sweaters! The show condenses all seven Harry Potter books into 70 minutes of enchanting storytelling, comedy gold-- and a Quidditch game. There are so many opportunities for Potter-themed costumes, so the Wizarding World is your oyster!

There are endless possibilities for performing arts-perfected costumes this Halloween, so check out all our shows at TicketOmaha.com for inspiration!