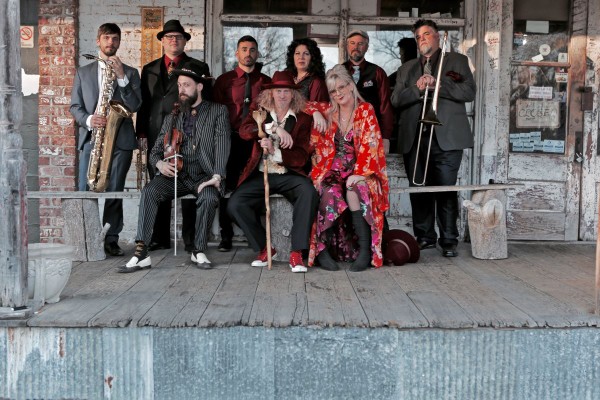 The Squirrel Nut Zippers joins musical forces with The Dirty Dozen Brass Band for a night of fun-filled performances. Get to know these stellar hot swing and brass bands before you go see their swingin' show January 30.


1. The Squirrel Nut Zippers' music is featured in over 20 films and TV shows.

The Squirrel Nut Zippers founded commercial success during the swing revival of the '90s with their 1996 single "Hell," written by vocalist and guitarist Tom Maxwell. This song went on to be featured in eight films and one TV show. And that's not all! The revival band also played several instrumental pieces alongside Chris Phillips for the the hit film "Burlesque" in 2010.

2. The Squirrel Nut Zippers are certified platinum and gold.

In 1996, their second album "Hot" became certified platinum with leading songs "Hell" and "Put a Lid on It" to thank for their overwhelming success. The hot swing bands full-length sequel to "Hot" went certified gold in 1998, a month after its release.

This New Orleans-based brass band formed in 1977 after The Dirty Dozen Social and Pleasure Club decided to assemble a house band, and over the course of their early gigs, the group adopted the venue's name: The Dirty Dozen Brass Band.

The seven-member ensemble has taken the traditional foundation of brass band music and incorporated it into a blend of genres including Bebop Jazz, Funk and R&B/Soul to create the perfect musical gumbo. Their unique sound has allowed them to tour across 5 continents and more than 30 countries, record 12 studio albums and collaborate with a range of artists from Modest Mouse to Widespread Panic to Norah Jones.


Now that you know all you need to know about these legendary bands, be sure to grab tickets to their high-energy live show January 30.