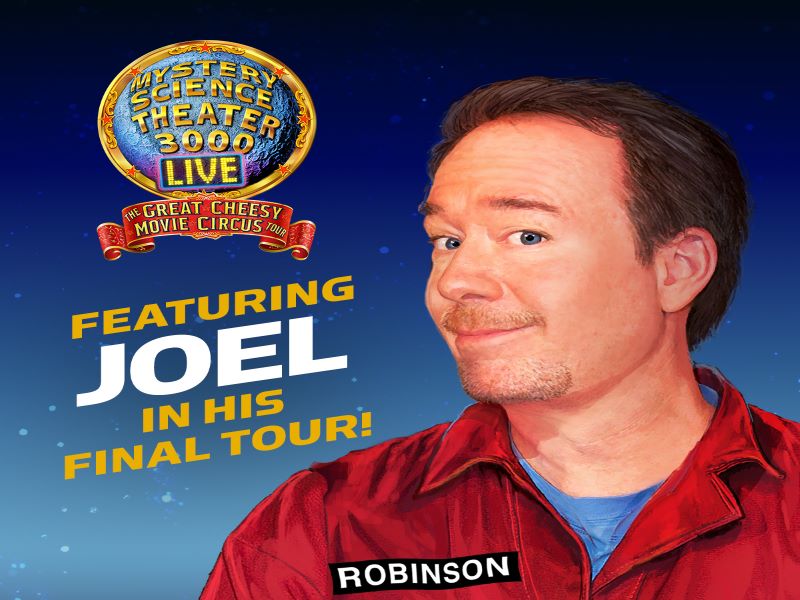 Jam-packed with movie-riffing robots, spirited sketches and rapid-fire hilarity - Mystery Science Theater 3000 is making its way to Omaha with an all new live tour: The Great Cheesy Circus Tour. Learn more about how this Peabody Award-winning comedy phenomenon before they hit the Orpheum stage on February 18.

1. The origins of this B-movie-heckling comedy series stems from Elton John artwork

While in high school, Joel Hodgson bought Elton John's 1973 album "Goodbye Yellow Brick Road.” The album had accompanying artwork for each song in the liner notes. The artwork for the song "I've Seen That Movie Too" showed a silhouetted couple watching a film in a dark theater. Hodgson thought a series about silhouetted people talking back to the film would make a great idea for a series.


2. The hit TV comedy is a parody of the 1972 science fiction film Silent Running

Silent Running is a science fiction film about the world's last botanist, trapped on a spaceship with only the company of three helper robots to keep him sane. Sound familiar? Hodgson says that Mystery Science Theater 3000 was a parody of that movie, right down to Joel's original patch-covered blue jumpsuit.The connection between the two became even clearer when the Satellite of Love's robots established their own characteristics: the suave, overly-intellectual Tom Servo, loudmouthed Crow T. Robot (the T stands for "The"), and the kind-hearted but spacey Gypsy.

3. The Satellite of Love set was made entirely of toys from the thrift store

The original Satellite of Love set was built for $200 out of toys salvaged from Goodwill and the Salvation Army. That same set was used throughout the run on Comedy Central, and much of the Sci-Fi Channel set reused those same materials. All of the robots were made from common household items including a gumball machine for Servo, while Crow T. Robot is comprised of Tupperware, a bowling pin, and a lacrosse mask, and Gypsy has a flashlight for an eye.

Items on the interior walls include: a Darth Vader action figure holder, a plastic reindeer cut in half and glued over the theater door, plastic toy trumpets, silverware trays and bundt cake pans.