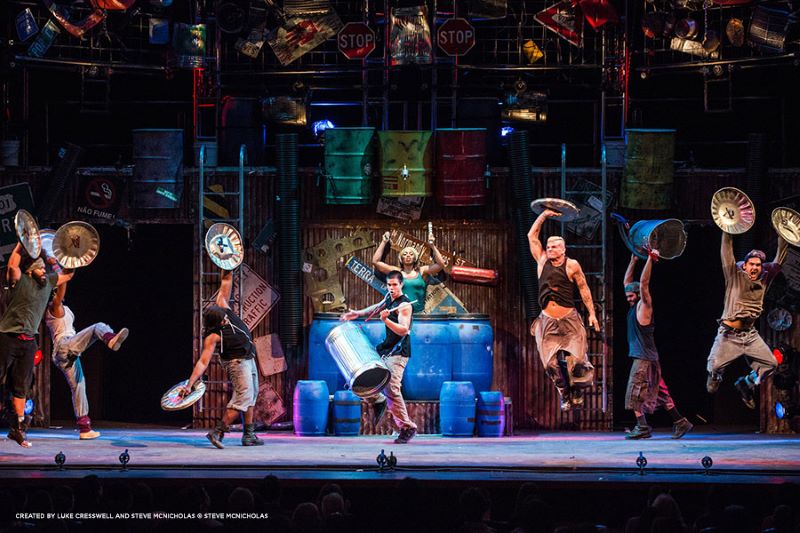 STOMP has been a long-time theater favorite because of its one-of-a-kind genre. Not quite a musical, yet not quite a dance show, STOMP marches to the beat of its own drum. See what the noise is all about before going to their show February 28-29.

1. STOMP is one of the longest-running shows in Off-Broadway history.

Originating in the United Kingdom in 1991, STOMP has performed over 20,000 times to more than 12 million people all across the world. Their innovative show has also received a multitude of accolades including the Guardian's "Critic's Choice" and an Olivier Award for "Best Choreography in a West End Show."

2. STOMP has been featured in TV shows and commercials including a Coca-Cola advertisement.

Over the past two decades, STOMP has been referenced in pop culture including animated series American Dad and hit comedy It's Always Sunny in Philadelphia. We also uncovered a throwback of their high-energy performance in a Coca-Cola commercial. Check it out below:

3. They use household items to create their innovative percussion production.

From wooden poles to hubcaps, STOMP takes a unique approach to making the stage come alive through the use of household items. Over the past 29 years, this eight-member troupe has utilized more than 50,000 boxes of matches, 30,000 brooms, 20,000 bins, 10,000 drumsticks and 25,000 liters of black paint.

See what else is playing at O-pa.