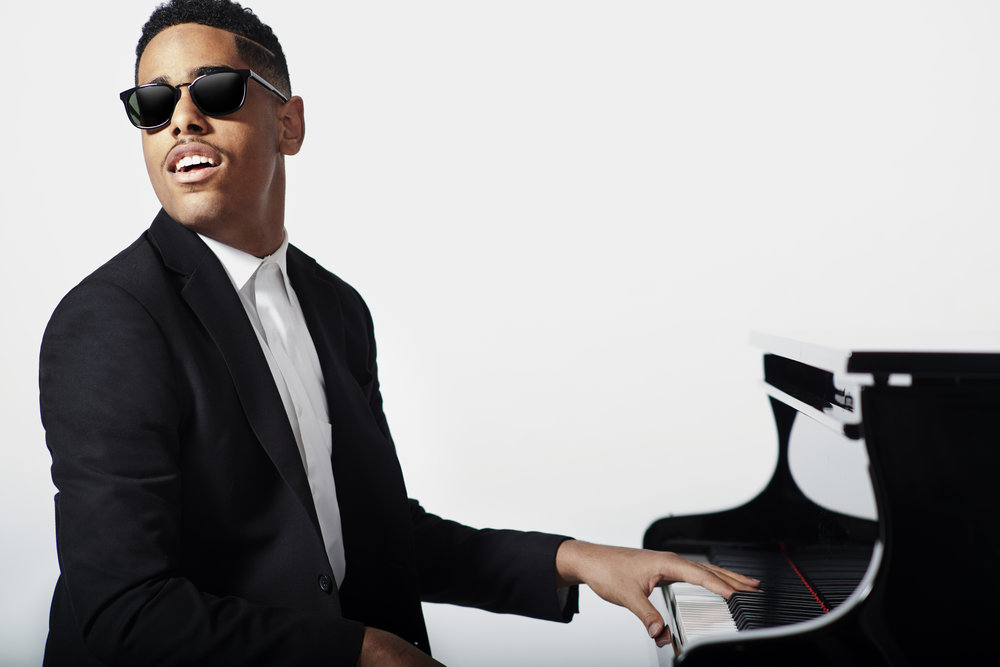 Matthew Whitaker is a jazz pianist who joyfully mixes old-school jazz with new school sounds. He is celebrated as a passionate musical prodigy, having opened for Stevie Wonder at the Apollo Theatre at 10 years old. Whitaker who is also blind, has a skill that makes audiences and even seasoned musicians turn their heads. Annie Meier Baker, Director of The National Endowment for the Arts points out that “today the nineteen-year-old jazz multi-instrumentalist and composer/arranger has already accomplished more than many musicians could hope for in a lifetime.” You can read more from that article here.

Whitaker’s love for music began at the young age of three, after his grandfather gave him a small Yamaha keyboard. He started off by playing nursery rhymes, began piano lessons at five, at six he learned to play drums, then he got into jazz at seven. He was nine years old when he taught himself how to play the Hammond B3 organ.  Four years later, he became the youngest artist to be endorsed by the Hammond in its 80 plus year history. He was also named a Yamaha Artist at 15, becoming the youngest musician to join the stellar group of jazz pianists.

There’s so much to love about Whitaker from his amazing ability to play music by ear to his resilience as an artist with a disability.  Here are five quick fun facts that you should know about Whitaker before his awe-inspiring performance on Saturday, May 30.

1. Matthew is currently enrolled in the BA Jazz Studies program at Juilliard in New York City.

2. Whitaker has been a headliner at Carnegie Hall, the Kennedy Center, the New Orleans Jazz and Heritage Festival, the Apollo Theater and the Newport Jazz Festival, and has appeared on the "Today" show, "The Ellen DeGeneres Show,” and 60 Minutes. You can watch the 60 minutes interview here.