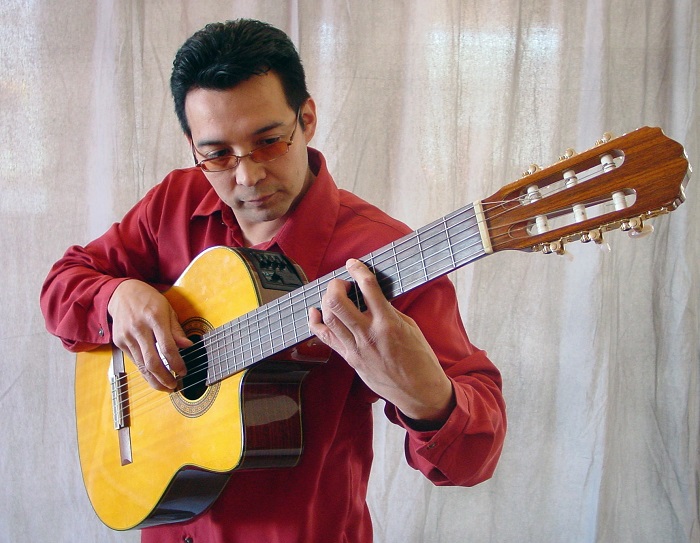 Marcos E. Mora of Marcos & Sabor—a fan favorite—returns as another performer in our Jazz on the Green at Midtown Crossing series. Born in Los Angeles and raised in South Omaha, this performer is rooted in the local Latino community and recognized for his musical contributions. Here are a few fun facts about this talented musician.

Mora comes from a musically inclined family. His grandfather and his grandfather’s brothers immigrated to America from Mexico in the 1920’s. From the time they arrived in America until the 1970’s, the trio of brothers were well-known musicians in South Omaha. Now, Mora has found his own path continuing the family tradition.

Spanning over 30 years of experience, Mora has explored a variety of genres and styles. His interest in the arts was initially sparked by dancing at seven years old. He eventually explored instruments like trumpet and guitar that brought him into the world of music. Latin, blues, rock, and mariachi have all be played by Mora—and of course, Latin jazz. 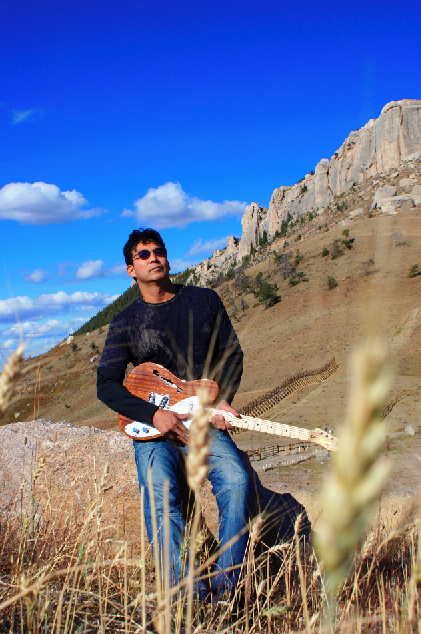 Mastery of a craft is the ability to teach it to others. By that philosophy, Mora has achieved well beyond mastery of his music. He taught students how to play mariachi music before returning to his electric guitar passion.

Not only did Mora grow up in Omaha, he also studied at the University of Nebraska at Omaha after graduating from South High School. He received a bachelor’s degree in Spanish with a minor in Chicano Latino studies. Additionally, Mora graduated as a member of the university’s Goodrich Scholarship Program.

Come see this Omaha-raised musician take the stage on August 8!