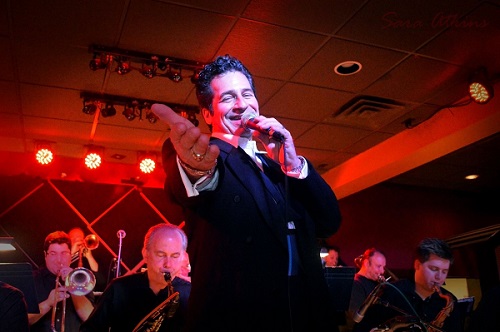 Tonight, we kick off Jazz on the Green at Midtown Crossing with Gooch & His Las Vegas Big Band. Here’s 3 fun facts about the band so you can get to know them better before tonight’s show. The park opens at 5 PM with preshow jams at 6:30 and the main act at 7:30 PM.

1. Las Vegas entertainer Michael “Gooch” Gurciullo is an Omaha native!
He returned to his hometown in 2008. He and his big band play often at The Ozone inside Anthony’s Steakhouse.

2. He’s a Vegas veteran.
Gooch has played several of Las Vegas’ major showrooms and lounges including with The Rat Pack is Back and the Lon Bronson All Star Band.

3. Tonight is Gooch’s 10th Anniversary show!
He’s not only bringing his swingin’ band but also celebrated vocalist and pianist Christine Hitt. Don’t miss classic big band tunes and some of the best songs from the 20th century in this vintage Vegas-style show!

You can learn more about Gooch and our upcoming Jazz on the Green performers here!