Ailey II Takes the Stage at the Orpheum Theater

Ailey II Takes the Stage at the Orpheum Theater 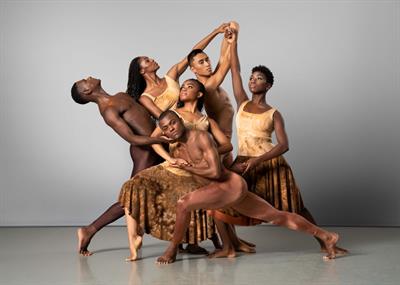 Tickets are on sale for the November 15 performance.

Tickets starting at $20 are available at TicketOmaha.com, in person at the Ticket Omaha* Box Office located inside the Holland Performing Arts Center, 1200 Douglas Street, or by calling (402) 345-0606. This performance is sponsored by the Nebraska Arts Council and Nebraska Cultural Endowment.

Ailey II – Alvin Ailey American Dance Theater's second company – is universally renowned for merging the spirit and energy of the country’s best young dance talent with the passion and creative vision of today’s most outstanding emerging choreographers. Ailey II features 12 on-their-way-to-the-top dancers. The group will perform new works and classics including Revelations. Revelations was choreographed by Alvin Ailey in 1960 and has been seen by more people worldwide than any other modern dance work.

Founded in 1974 as a bridge between The Ailey School and the professional dance world, Ailey II embodies Alvin Ailey’s pioneering mission to establish an extended cultural community that provides dance performances, training, and community programs for all people.

Ailey II flourished into one of the most popular dance companies in the country under the leadership of Sylvia Waters from 1974-2012, combining a rigorous touring schedule with extensive community outreach programs. With Artistic Director Troy Powell at the helm, Ailey II continues to thrive as he brings a fresh dimension to this beloved company.